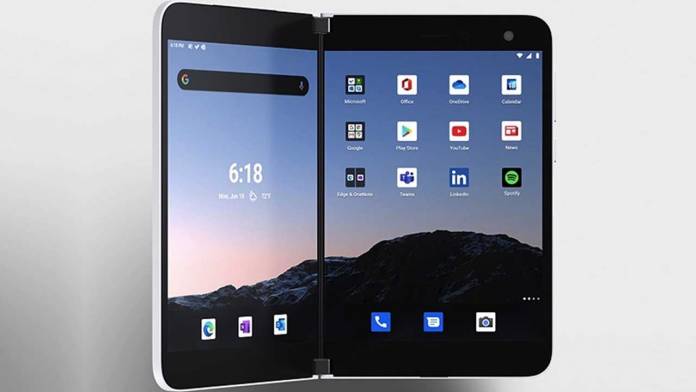 Back in December, we noted that the Microsoft Surface Duo would be released in more key markets. It is something many people have been waiting for since the Surface Duo is a potential alternative to other foldable phones and tablets available. It is a dual-screen phone-hybrid tablet that offers multi-tasking. The device is said to offer a different level of productivity. It is not perfect and has several issues but most of them can be fixed with a simple update.

The device was made available first in the United States via Best Buy and AT&T stores. Microsoft wanted to see how the device will fair in the country first. We’re not sure about the numbers but now we’re learning more markets will be able to receive it.

The dual-screen phone-tablet from Microsoft may be released in February with all the latest updates. A second or third week rollout may be expected. It will be ready in the United Kingdom first via BT and EE. Other European markets will get it around the same month.

The Surface Duo is also said to be available in Canada before February ends. There is no mention of the exact pricing. In Germany, it will also be available by February 13 as per another retailer. In Europe, a Surface Duo business bundle will be introduced. The package will include a pair of wired earphones and on-device, a custom Android interface.

The Microsoft Surface Duo only runs on a Qualcomm Snapdragon 855 processor. There is an 11MP camera. Don’t expect any wireless charging nor NFC connectivity. What you can get are enterprise level security by Microsoft, dual screen design ideal for most tasks, productivity, and the promise of three years of Android upgrades.