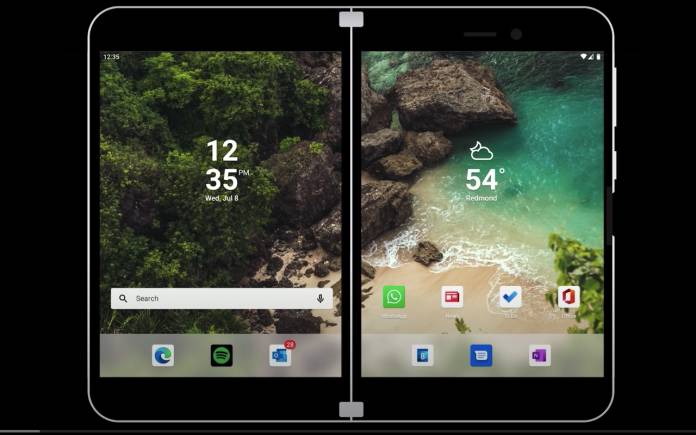 Little is known about the Microsoft Surface Duo’s official launch. We’re waiting for an announcement or at least a believable teaser to be leaked by people close to the software giant but still nothing. Just this week, we learned the Movial team working on Surface Duo has joined Microsoft for a good reason. The device has been sighted with a cover and is said to be delayed to 2021. A number of information on specs and features have surfaced including that new multitasking feature and better Surface Pen stylus support.

There’s also that idea the Microsoft Surface Duo may arrive before the Samsung Galaxy Fold 2 launch. That could be anytime between today and August 5. Units are also believed to be being tested these days.

There are differing details. We once mentioned the Microsoft Surface Duo would still be on schedule while the Surface Neo would be delayed. It could even be earlier than scheduled and then said could be delayed until next year.

Teaser videos have leaked online but this one we saw on YouTube tells us a lot. Windows Central has demoed the custom Android interface running on the Microsoft Surface Duo.

Note that this is only a run-through using an emulator. It’s pretty neat actually to have a dual-screen display that is different from a foldable-flexible screen.

This is the future of the dual-screen. It has the potential to become bigger. It’s a cross between Microsoft UI and Android. It’s Android but UI has been optimized by Microsoft. Think Samsung’s One UI being a custom Android for the brand.

Can we say this is the Microsoft Android phone we’ve been waiting for? It could be. We hope to learn more about the device. And yes, we want this to go public soon.