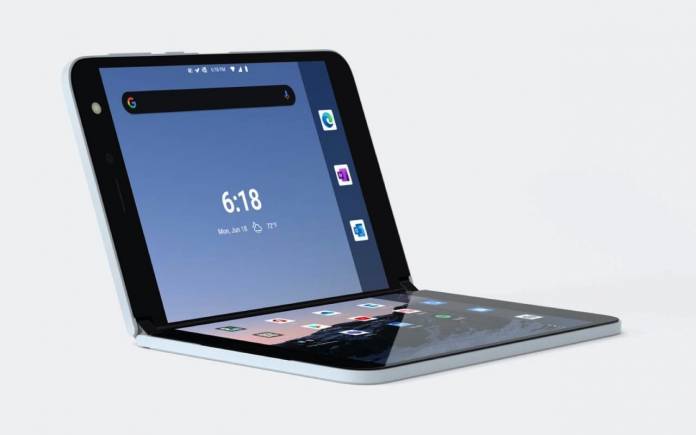 Like us, you may probably be wondering when Microsoft will finally roll out the new Surface Duo in the United States. We just know it’s coming soon and will be out before year-end in other key markets. The September 10 release can also be expected but if you want to get one earlier, you may want to check out a nearby Best Buy. Microsoft’s Surface Twitter profile has shared the good news that some units are now on display at select Best Buy stores.

Beginning August 28, Friday, you can also check out AT&T stores as they will be stocking up on the Microsoft Surface Duo. The first Android smartphone from the Surface series is a hybrid phone-tablet. It can compete with the Samsung Galaxy Z Fold 2 because of the foldable form factor. However, the Surface Duo has two separate screens while the Galaxy Fold only has one foldable-flexible display.

Microsoft is saying this mobile device is more for productivity. It has left out some major features like NFC because according to Microsoft, it’s not really needed. You use the Surface Duo to finish whatever tasks you need to finish whether for work or school.

What’s great about the Surface Duo is that it can load two apps–one for each screen. It runs on Android but with custom Android interface. The device is made for mobile productivity.

The Surface Duo is now up for pre-order. We’re looking forward to testing it out especially the side by side views as they are ideal for most tasks. Microsoft promised three years of Android upgrades. The dual-screen design and internals were shown off and we know Microsoft really prepared for this one.

The device also offers enterprise level security by Microsoft. We shared with you some camera features and UI known so far. Its benchmark scores are high and outperform other flagships. We’ve seen a hands-on video and we hope to get our hands on one soon on the $1,400 Surface Duo smartphone-tablet which you can purchase from AT&T, Best Buy, and Microsoft Stores.