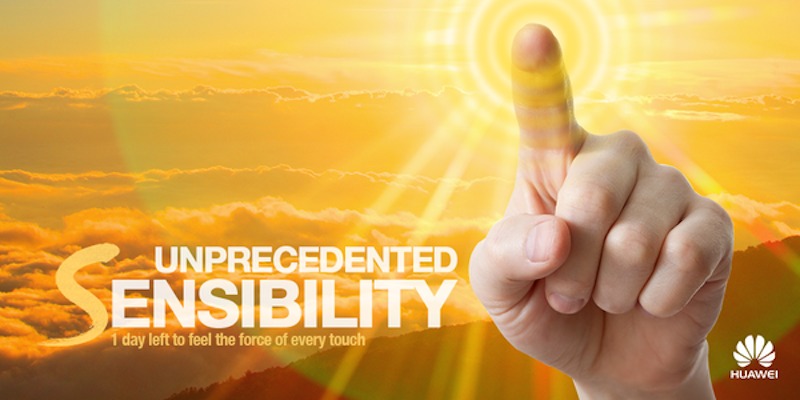 We all know that Huawei is announcing a slew of new products at this week’s IFA 2015 happening in Berlin, Germany. The Chinese company is all set for September 2 when it’s said to launch a new device that Huawei only describes as something “that understands you”. The hashtag #IncredibleTouch leads us to believe that something with an improved touch functionality will be unveiled.

Well, that incredible touch reference is not really exciting because really, touchscreen goodness is already a standard in most devices. How esle can you improve that? We only know Force Touch so that’s one–following Apple and ZTE. And if that’s the case, maybe the Huawei Mate S with Force Touch is what the company is so excited about. After all, it was recently spotted in an online store. So that Incredible Touch could be the Force Touch? Maybe.

What else can we expect from Huawei at this year’s IFA tech event? That highly anticipated Huawei Nexus that’s been leaked a number of times already, the Huawei Ascend Mate 7S, probably a new Huawei watch too. Personally, I’m excited for the smartwatch because we’ve been seeing new models a lot lately. Just yesterday, Samsung unveiled the Gear S2. More companies are expected to reveal their own smartwatches including the Moto 360 from Motorola, something from LG, and a new ASUS ZenWatch.