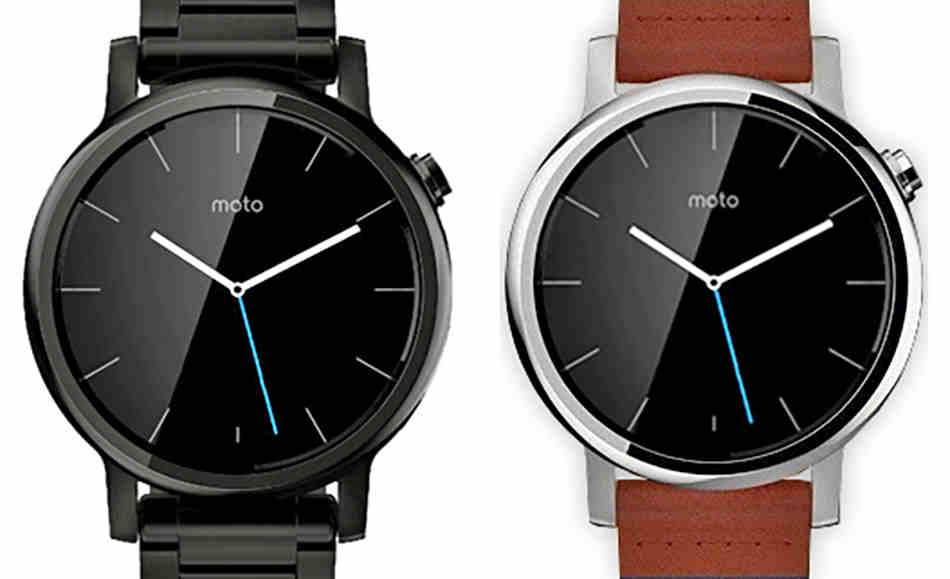 Your newsfeed is probably full of the news that Android Wear will finally be available for iOS devices. You might have missed a few leaks regarding the upcoming new Motorola smartwatches which will be announced at the IFA 2015. If the leaked images from upleaks are to be believed, then the OEM is set to release a slightly different looking 2nd generation of its famous and well-received Moto 360 smartwatch, plus a previously unheard of Moto 360 sport edition.

Upleaks gave us a peak at what are supposedly the wearables that will be launched in a few days. At first glance, the Moto 360 2nd gen looks just like the original one, which some have hailed as the best Android Wear smartwatch available in the market. But then if you look closely, there is a crown at the 2 o’clock position, and the watch also has lugs that wasn’t present before. One of the things that was admired about the Moto 360 is the simplicity of the design and the very minimal bezel. The latter is still in the leaked picture, but the lugs kind of adds to the design clutter.

Another set of leaked pictures show the metal band options for the Moto 360 2nd gen, which includes a gold color. But the other big news from that set is that they will also be announcing the Moto 360 sport, which from its name and look, will be marketed towards the sports-loving digital people out there. If it’s a merging of the functionality of a Motorola smartwatch plus the durability of sports watches with fitness-related features, then this might be a winner.

Of course none of these are confirmed yet, although upleaks has had a relatively good track record. We’ll find out in a few days if these pictures are true.