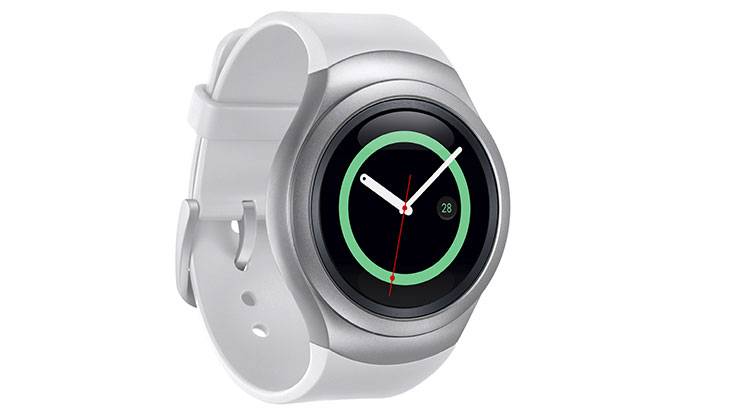 We’ve only been waiting for this and finally, Samsung has unveiled the Gear S2. The new smartwatch is the second-gen Tizen OS-powered wearable from the South Korean giant, ready to rival the Apple Watch and the numerous Android Wear watches in the market. The device was teased less than a couple of weeks ago, with Samsung promising a more fun, personalized, and enhanced smartwatch experience.

This is the first time Samsung is releasing a round-faced smartwatch since the first Gear S was a rectangular one. Motorola and LG went ahead by releasing the Moto 360 and the LG Watch R. Huawei soon followed after and looks like more people are demanding for round smartwatches because really, they don’ look like small computers. A round-faced watch looks like any ordinary watch–not too geeky.

The circular design of the Samsung Gear S2 will definitely bring in more sales. It may run Tizen OS and not Android Wear but this is still compatible with most Samsung phones. The smartwatch comes with a rotating bezel for easier access to apps and notifications.

Samsung actually released two variants: the Gear S2 and the Gear S2 classic. The basic Gear S2 features are more modern yet minimal design while the Classic has boasts of a more timeless watch design. The Gear S2 is best for those people who are active and always on-the-go. The Samsung Gear S2 comes with a 1.2-inch circular Super AMOLED screen with 360 x 360 resolution, 1-GHz dual core processor, and 512RAM. Let’s take a look at the complete specs of the Gear S2 and Gear S2 Classic:

The smartwatch can also work like any other fitness band with the 24-hour activity log and a slew of health and fitness tracking apps available. Battery is said to last up to three days. What’s good about this is that you can charge the watch wirelessly by simply placing it on the wireless charging dock.

Samsung has also announced a 3G version of the Gear S2. It’s a bit heavier at 51grams and a little thicker at 44.0 x 51.8 x 13.4mm mainly of the added 3G component. No word on pricing and availability yet but the Samsung Gear S2 3G will be ready from Verizon.