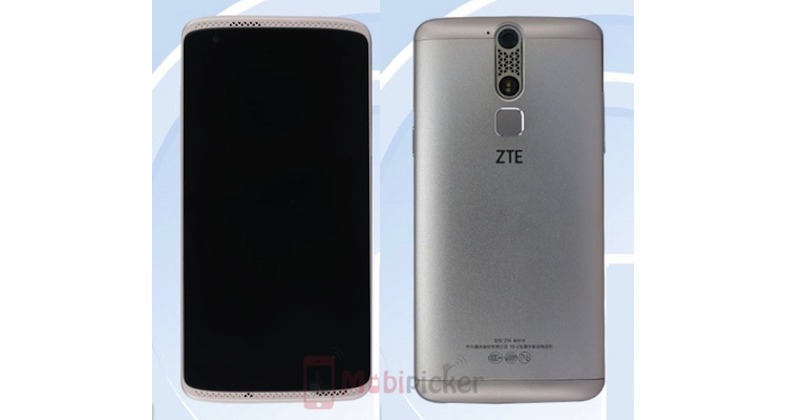 ZTE may be not be a big brand yet but it’s slowly becoming popular among those who want low budget and entry-level Android smartphones. In the US, the ZTE Warp line is being distributed by Boost Mobile while the new ZTE Obsidian is now ready from T-Mobile. Other ZTE models like the Axon and V3 are available thru eBay, Newegg, and Amazon.

The Chinese phone maker will only continue to come up with newer, better, and maybe even cheaper devices. A few weeks ago, the ZTE Axon Mini was announced in China and its expected to be a bestseller because it’s one of the first phones that has Force Touch feature. It was recently sighted on TENAA getting certified which means it’s almost ready for the market.

The device comes equipped with a 5.2-inch Super AMOLED display with force touchscreen. Force Touch is the same technology that is said to be featured on the upcoming iPhone 6S and iPhone 6S Plus that recognizes a regular tap for a harder tap.

As you know, a TENAA sighting, just like an FCC visit, usually means the device model is about to be released. A ZTE B2015 model was recently certified by the Chinese FCC and it’s believed to be the Axon Mini. Specs of the smartphone include the following: 1080 x 1920 pixel resolution (424ppi), 1.5GHz octa-core CPU, 3GB RAM, 16GB internal storage, microSD card slot, 8MP rear-facing camera, 8MP front-facing cam, and 4G LTE connectivity. No mention of battery size but the smartphone already runs Android 5.1.1 out of the box.

ZTE unveiled the Axon Mini with Force Touch earlier but we’re interested to know if the company will be ahead of Apple in releasing this phone. Rumor has it that the new iPhone models will be announced September 11. If ZTE releases the Axon Mini before that, there’s a chance to become officially the “first Force Touch phone” in the market.