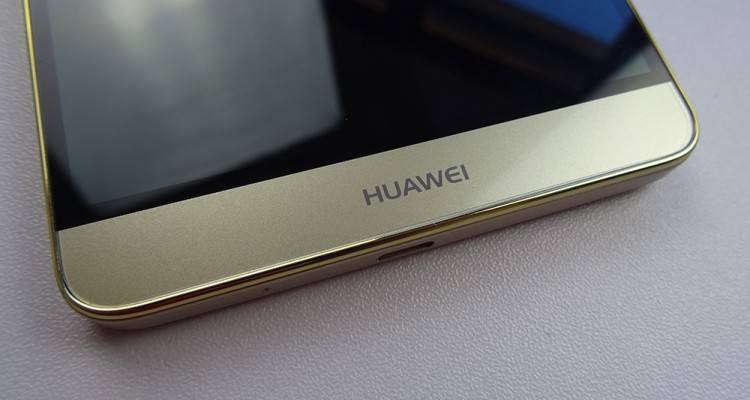 If you haven’t gotten your fill of Huawei Nexus leaks, or you just want to scream “moar leaks!”, then this report will be for you. We are beginning to wonder just how many of these Huawei Nexus units are out there in the wild, as people seem to be taking pictures of them quite regularly. We have another batch of leaked pictures for you, as well as some specs taken off a reported prototype. 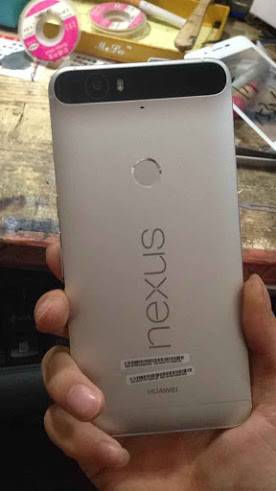 First up, we have a batch of pictures from Steve Hemmerstoffer, owner of the leaks site NowhereElse.fr. The pictures, if true – and take with grains of salt – confirms a number of details rumored for the Huawei Nexus. First up, that round fingerprint scanner space at the back is still there. And then we have dual front speakers. A new detail, incidentally is a dual sensor camera array at the back.

Then we have another recent leak, this time via China’s most popular social networking platform Weibo. This seems to be pictures of a working prototype, although the device itself is covered by a plastic frame, ostensibly for privacy. But that round fingerprint space at the back is still there, and we a have a picture of an Android boot screen that gives us a couple of specs. First, the Snapdragon 810 MSM8994 processor gets named, and 3GB of LPDDR4 RAM. Also, the leaker made sure we noticed the USB Type C port.

As of now, the rumored specs continue to be – either a 5.5 or a 5.7-inch QuadHD display, and that obvious fingerprint scanner out the back. Can we now add Snapdragon 810, 3GB of RAM, dual camera array, USB Type C, and front facing dual speakers to this list? Probably not yet, but sooner or later these details come out. 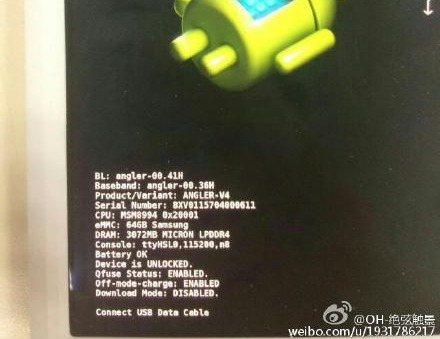