The clock has been ticking now for almost 6 months ever since Huawei announced its first Android Wear smartwatch back in March during the Mobile World Congress. But since then, we haven’t seen any indication as to when the round-faced will actually come out in the market and also how much it will retail for. However, it looks like it might be coming soon as a sign-up page has been announced on their website, although it is just for people who are interested in updates about their first wearable.

“It’s right round the corner” says the sign-up page, alluding to two things probably: the fact that the official release date is near, and also referring to the round design of the smartwatch. It asks people to sign up with their email address if they want to receive the latest news and updates about the Huawei Watch. There’s also an option to receive news about other products from the Chinese OEM. A Huawei employee also posted about it, using the hashtags #comingsoon #huatch (we wonder if that’s an official hashtag) and #forrealthistime, probably aware about frustrated people waiting for the smartwatch. 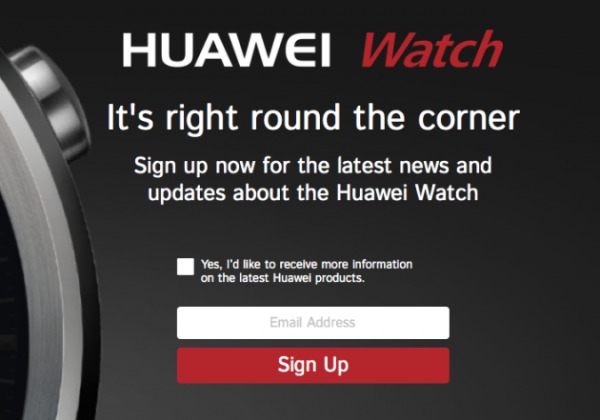 When it was unveiled in March, Huawei told us that it will have a round 1.4-inch AMOLED display screen, 400 x 400 pixel resolution, 286ppi, 1.2GHz Qualcomm Snapdragon 400 processor, 512MB RAM, 4GB built-in storage, Bluetooth 4.1 connectivity, 300mAh battery. It also comes with several sensors like the heart rate monitor, accelerometer, and gyroscope.

Huawei is probably waiting for a major update to the Android Wear software before officially releasing their smartwatch into the wild. The waiting game continues, but let’s hope it’s sooner rather than later. Just a few weeks ago, the packaging for the watch was sighted, so it might really be just round the corner. 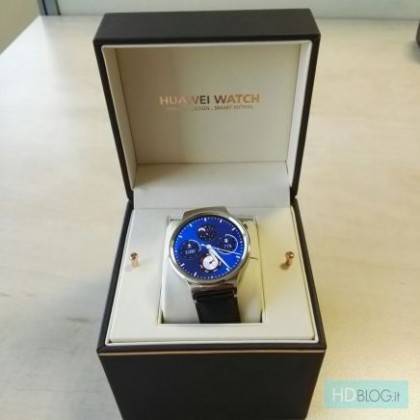