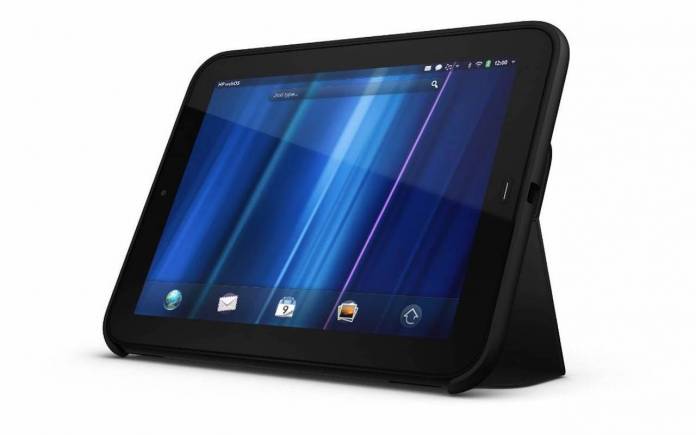 The HP TouchPad has been around since 2011. Of course, HP no longer sells the device but some units still work. The tablet is considered iconic because of its humble beginnings from webOS to Android. We remember Android 2.3 Gingerbread being ported from several years ago. It has since received other software versions like CyanogenMod 7 Build, Multitouch Support, CyanogenMod 7.1, Android 7.0 Nougat, and even MIUI. Today, we’re learning the HP TouchPad can get a taste of the Pie. That’s right–the latest Android 9 Pie OS.

This isn’t an official port or version from HP or the Android team. XDA developer George Burduli shared the good news that XDA Senior Member elginsk8r has opened a thread on the topic.

The old tablet can run Android 9 Pie but with limits. For one, the camera and Bluetooth connectivity don’t work. It’s an Android 9 Pie custom ROM that gives the device a new life.

We’re not surprised about this development because the 8-year old HP tablet has been getting upgrades the past few years. The Android 7.0 Nougat was an unofficial build. The Evervolv ROM brought Android Marshmallow. There’s also Android 5.1.1 Lollipop, Android 4.2 with Bluetooth functionality, latest CyanogenMod builds, and older CyanogenMod 9.

Some of you may have forgotten about the HP TouchPad but for old time’s sake, read why one of our writers bought an HP TouchPad. Check the specs now, it seems funny that those gadgets we wanted to have before are now obsolete. Their time has come but with a few tweaks here and there, you can improve on a particular system.