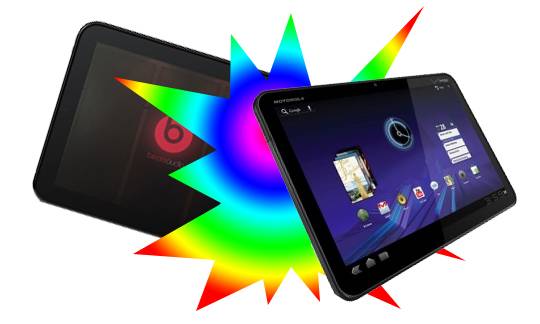 No doubt you’ve all heard about HP canning webOS and the ensuing fire sale of their Touchpad tablet for just $99. With a price this low, demand soared as HP tried to unload their remaining stock. I was one of those lucky/persistent enough to grab one from HP, but when I already have a Galaxy Tab 10.1 from IO, what would I want one for?

The HP Touchpad wasn’t exactly a hot seller, part of why its being killed off. Some people loved webOS, but I wasn’t too impressed by it over Honeycomb. From a hardware standpoint, the Touchpad was nothing to scoff at. With a dual-core 1.2 GHz Snapdragon (the same processor in the Sensation) and a gig of RAM, it’s not too far off spec wise from other Android tablets.

From a design standpoint, the HP Touchpad is big, heavy and will always have an inferiority complex thanks to my Galaxy Tab 10.1. So I already have a tablet, and even if it doesn’t put the Touchpad to shame too badly, its a lot chunkier. Why would I blow $99 on it then? Let’s review:

As an engineering student, I find, programming, hacking, and occasionally breaking electronics extremely satisfying. This includes flashing ROMs, and hopefully in the near future loading Android onto the Touchpad. For only $99 the Touchpad is a lot of really powerful hardware for (relatively) cheap. This makes it much less heartbreaking if it should fall victim to my tinkering.

With all of Google’s promises of a futuristic Android-powered house we saw at Google IO this year, I’m hoping to see some cool stuff in the next couple years. It would be even cooler to have all this controlled by an Android tablet. The Touchpad will be perfect for this. Its, ahem, “larger size,” or lack of 3G radios won’t matter if its mounted on a wall, or isn’t meant to leave the living room. At this point there’s not a whole lot of support for smart home technology, but like I said, I’m an engineering student, I’ll figure something out.

So what cool things are those of you who are planning on putting Android on a Touchpad going to use it for?