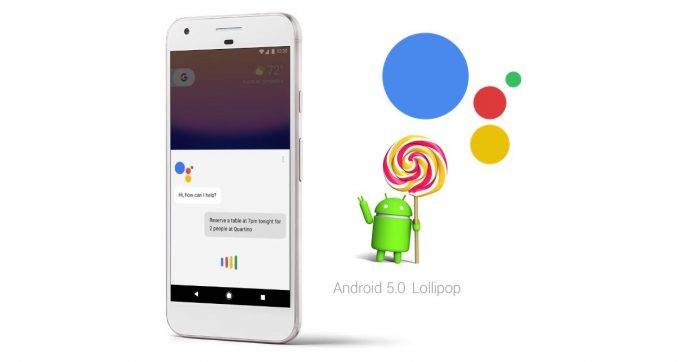 Google Assistant has come a long way since we learned about it in 2012. Back then, we knew it would be better than Siri. Google didn’t stop with research and development so the feature can be integrated with other products and services. It came to a point when we would refer to it as THE Google Assistant and now it’s slowly getting more support and updates. It may even be coming to iOS soon.

In the coming months, we’re expecting Google Assistant to be ready on more devices and not just on Android phones. It’s available now on Google Home plus some other smart home devices like iDevices Connected Home Products, Lutron smart home products, Hyundai Blue Link, Logitech Harmony, and August Home among others. We know Google has big plans for the Google Assistant but we haven’t heard if it would ever be ready for older Android versions. We’re not expecting the tech giant to release an official software so it’s better if you just upgrade your phone.

However, devs and hackers won’t let your old Android go to waste. Some geniuses on XDA happened to bring the Google Assistant to Android 5.0 Lollipop without any rooting. Yes, it is possible. Thanks to TK Bay for sharing tips on how to get Google Assistant to work on Android 5.0. It’s not perfect but it works. That’s the beauty of Android because you can customize and go around with it. It may not work on other devices so you just have to try for yourself.

Watch the video below on how to activate the service with no root:

First, get an app launcher like Action or Nova Launcher. For the demo, NOVA Launcher was used. To activate, go to Widgets> Activities. Press and hold then go straight to the home screen. Add an activity by going to the Google app, scroll down and choose com.google.android.apps.gsa.staticplugins.opa.hq.OpaHqActivity. Activate it. Click on the app icon. Go to Your Stuff and then Add a reminder. Google Assistant is now activated. Check out this page for complete instructions.