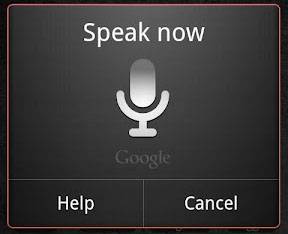 We’ve been hearing rumblings about a true Siri competitor from Google for months, and it seems to have been given the rather pedestrian label of Google Assistant (a big downgrade from Star Trek shout-out “Majel”). A new report from the Wall Street Journal indicates that Google is investing heavily in semantic search, leveraging the power of its unrivaled data collection to power both its desktop and Android search engines. Google search executive Amit Singhal confirmed that semantic are a big part of their latest initiatives.

For the uninitiated, semantic search tools attempt to search for content in a more natural way, allowing users to give search commands in a familiar tone rather than a set of technical commands. For example, the best way to find a Thai restaurant in your current city might be to manually input, “Thai food, Colorado Springs, Colorado”. But a more natural method, especially when speaking into a phone, would be “show me the three nearest Thai restaurants”. It must be said that while Android’s Voice Input and Voice actions are generally better at its defined commands and straight-up dictation, Apple’s much-lauded Siri does better with natural speaking.

Currently Google’s Search overhaul is expected late this year. With all that time, it ought to bring something good – if rumor can be believed, they’ve already been working on it for at least six months, and by the Apple will have spread Siri to most or all of its mobile line-up. We might see some early signs of the project at Google IO in June (hopefully alongside a Google Tablet) but we’re currently too far out to make any solid predictions.