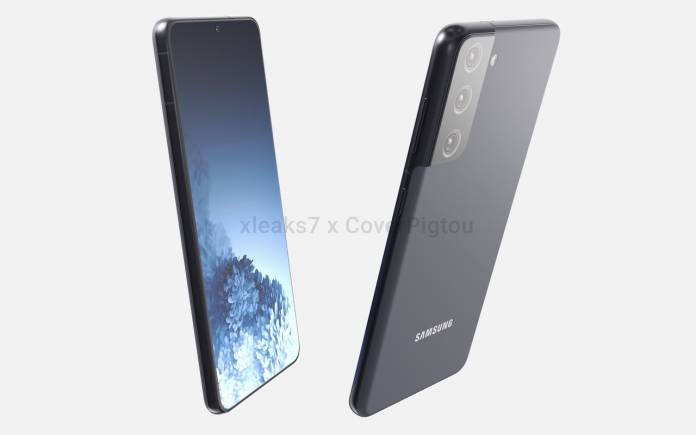 Since the Galaxy S21 series is said to be released a month earlier, we can expect more rumors, renders, speculations, and leaks will surface faster and also earlier. Actually, it’s already happening as we have featured several details and images here as early as May when we showed you the Samsung Galaxy S21 camera specs being leaked. A 150MP lens was mentioned then followed by the possibility of a cheaper OLED display, a Seamless Display technology, and the next-gen ISOCELL image sensor.

Some details about the upcoming premium flagship series have been mentioned the past few months. The Galaxy S21 Ultra was rumored to come with S Pen support. Their batteries may be upgraded in capacity, and a 5000mAh battery on the Ultra variant. The phones may not come with under-display camera yet but they may launch with an Exynos 2100 SoC in South Korea.

The early launch will probably happen because lots of details are surfacing. Display details have been leaked while image renders of the Plus variant surfaced with a flatter display and rear. Features of the Ultra model were also recently leaked on the web.

Today, we’ll learn more about the regular Samsung Galaxy S21. Here’s a new set of image renders once again showing a new camera housing and a flat screen. The phone is almost the same size as the Galaxy S21. It can be held with one hand at 151.7mm x 71.2mm x 8mm (lwh). The camera bump is only 9mm so it’s barely noticeable.

There is still a hole in front for the selfie camera. It means no under-display camera yet. On the rear, the camera module wraps around the device. There are three cameras while the flash is placed outside the module. At the bottom, you can see a speaker grille and a USB Type-C port. On the top edge is the SIM card tray. On the right, you will see the volume rocker and power button.

The Samsung Galaxy S21 may have a non-curved 6.24-inch screen. It will run on the latest premium chipset from Qualcomm in key markets. We’re assuming it will be Snapdragon 875 or 875+.