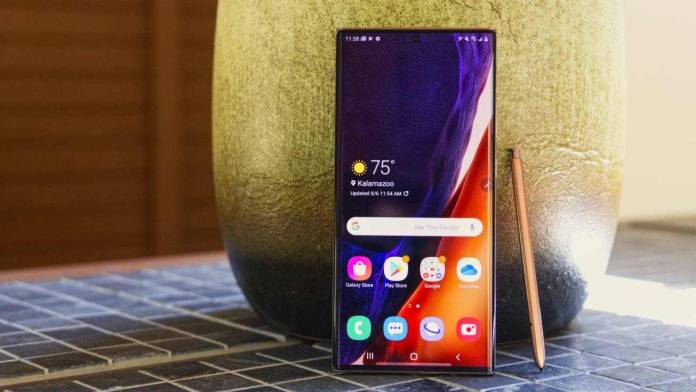 While Samsung continues to market the top of the line offerings such as the Galaxy Note 20, the Galaxy Z Fold2, and others. It comes as no surprise that the South Korean tech giant already has the next generation flagship series in the works, we are repeatedly learning new rumors and leaks about it. In all likeliness, this premium offering will be the Galaxy S21 series which should be out as early as February next year. One of the models in the series, the Galaxy S21 Ultra had been expected to see a good bump in this battery capacity, and a recent certification from China’s 3C agency reveals this may be true.

According to the leaked document, Samsung Galaxy S21 Ultra will arrive with a 4,855mAh rated capacity battery, which typically translates to 5,000mAh capacity, which is the number OEMs use on the specs sheet used for marketing. Samsung’s premier handset will, the certification notes, feature a battery with the EB-BG998ABY model number.

Samsung has Galaxy S20 Ultra with similar battery capacity. Though the battery specification may be the same in two models (releasing in different years), there is going to be a difference in the backup they offer to the end-user. Samsung is expected to make internal tweaks to the phone’s power efficiency to get more from the same capacity cell.

Through the previous rumors, Galaxy S21 Ultra we know, will use a next-generation 108MP ISOCELL sensor and would support S Pen. We also know that the Galaxy S21 Ultra will be rolled out with the Galaxy S21 and the Galaxy S21+ smartphones early next year featuring Exynos 2100 chipset and support for 65W charging. These handsets are likely to come with 4000mAh and 4800mAh capacity batteries respectively.