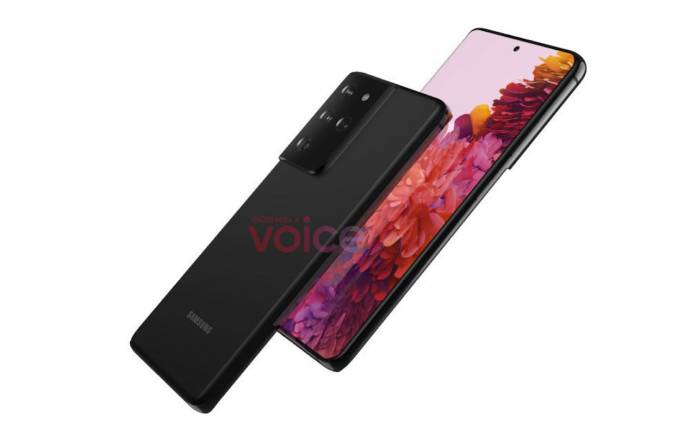 The Samsung Galaxy S21 series will be arriving early which means more rumors and leaks will be surfacing earlier and faster than usual. Just yesterday, we shared with you image renders of the Plus variant, showing a flatter rear and display. Screen details about the phone series have also leaked. It is said to launch in South Korea with Exynos 2100 SoC and may not use the under-display camera yet. It could also come with S Pen before the Galaxy Note 21. The Ultra model could boast a 5000mAh battery and maybe a 108MP next-gen ISOCELL sensor.

Some more exclusive details were made public. The phone is said to feature a large 6.8-inch Dynamic AMOLED 2X display. This model SM-G998U will come with a 40MP selfie camera plus a 108MP main rear shooter with 16MP and 12MP. We remember saying it could come with a 150MP lens but that may be too much.

As with most Samsung phones, this one will run One UI 3.0 and Android 11. It will be powered by the next-gen Snapdragon 875 processor from Qualcomm while other markets will get the Exynos version.

We’re still looking forward to that Seamless Display tech, a more affordable OLED display. The upgraded battery capacities are also expected. It is still unclear if the smartphone will feature S-Pen support but that will be a nice possibility.