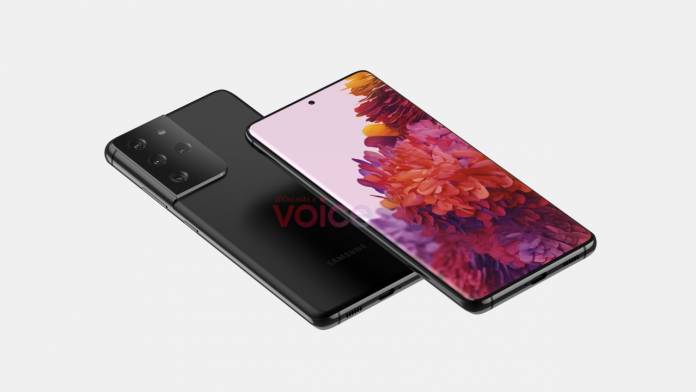 Rumors around Samsung’s forthcoming flagship series is just heating up by the day. We recently learned that the Galaxy S21 series could feature the Exynos 2100 SoC and that the phones could launch in January – a month ahead of the usual launch date for the S series. We now learn something more interesting regarding what sort of displays the trio of forthcoming smartphones would launch with.

The Galaxy S21 and the S21+ could get “2D screens”, which suggests no curves on the sides, and the Galaxy S21 Ultra, the biggest of the lot, could get a curved screen. The information was leaked by prominent Samsung leaker Ice Universe. @UniverseIce is pretty good with his Samsung related information, and we have little reasons to doubt the authenticity of this one.

The three products in the Samsung Galaxy S21 (S30) series are designed with four sides of equal width. Among them, S21 and S21+ are 2D screens, and S21U is a curved screen.

There is still no official confirmation on what the upcoming Galaxy S series would be called – Galaxy S21 series is more prominent but we are personally unsure if that’s what the series will be called and not the S30. But however the naming thing turns out, the rumor is just going to be appropriate in either case.

This means that the supposed Galaxy S21 and the S21+ will feature flat glass panel for the screen with slightly rounded edges. On the other hand, the Galaxy S21 Ultra will have a more curved glass display, which will be the peculiar part of the phone.

From early rumors, it’s evident that the Galaxy S21 series will launch at a special event in January, earlier than the usual February date and should be available in the first quarter of next year. It is expected to feature Exynos 2100 SoC back in the South Korean market, while the phones will be powered by Qualcomm’s top-tier Snapdragon 875 in the US. From one of Ice Universe’s previous claims, the Galaxy S21 will have 45W fast charging.