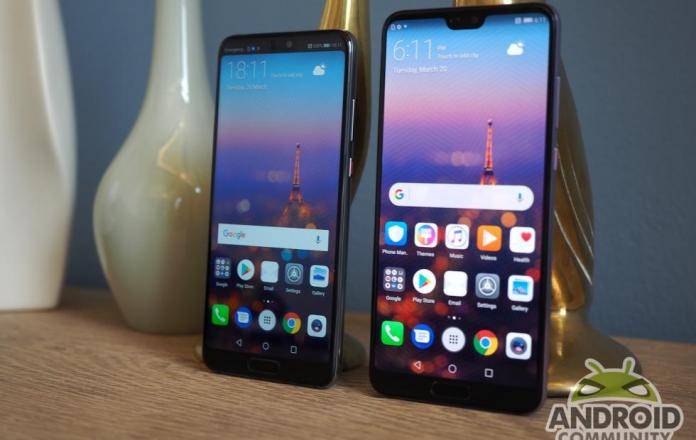 Huawei has been hitting the headlines since January and not always for good reasons. Thanks to some high-profile political news, Huawei has found itself at the center of attention and controversy. And thanks to that, its announcement of the Huawei P20 and the Huawei P20 Plus is being subjected to more scrutiny than it might have otherwise been. But are the new P20 and P20 Pro really the phones that would make the US regret pushing Huawei out of the market? We give it a quick test run to find out.

Many OEMs these days are calling on light as their inspiration for a new design, from HTC to Sony to, now, Huawei. They all implement it differently, of course, despite a common source. In the case of Huawei, it’s more about how light is depicted in classical art. That distinction, however, might be lost on most consumers who are simply fascinated by the way the colors mix and blend on the fingerprint magnet glass backs of the P20 and the P20 Pro.

While the back fascinates, the front perplexes. Huawei has surprisingly bucked the trend and crammed a fingerprint scanner in front of the phones. Not just one model, mind, but both of them. All while still keeping that nearly bezel-less design that will probably never go away. For all its design, Huawei might be criticized for one aspect. The Huawei P20 Pro is only IP67 dust and water resistant but the Huawei P20 gets a disappointing IP53 rating, making it splash-resistant only. 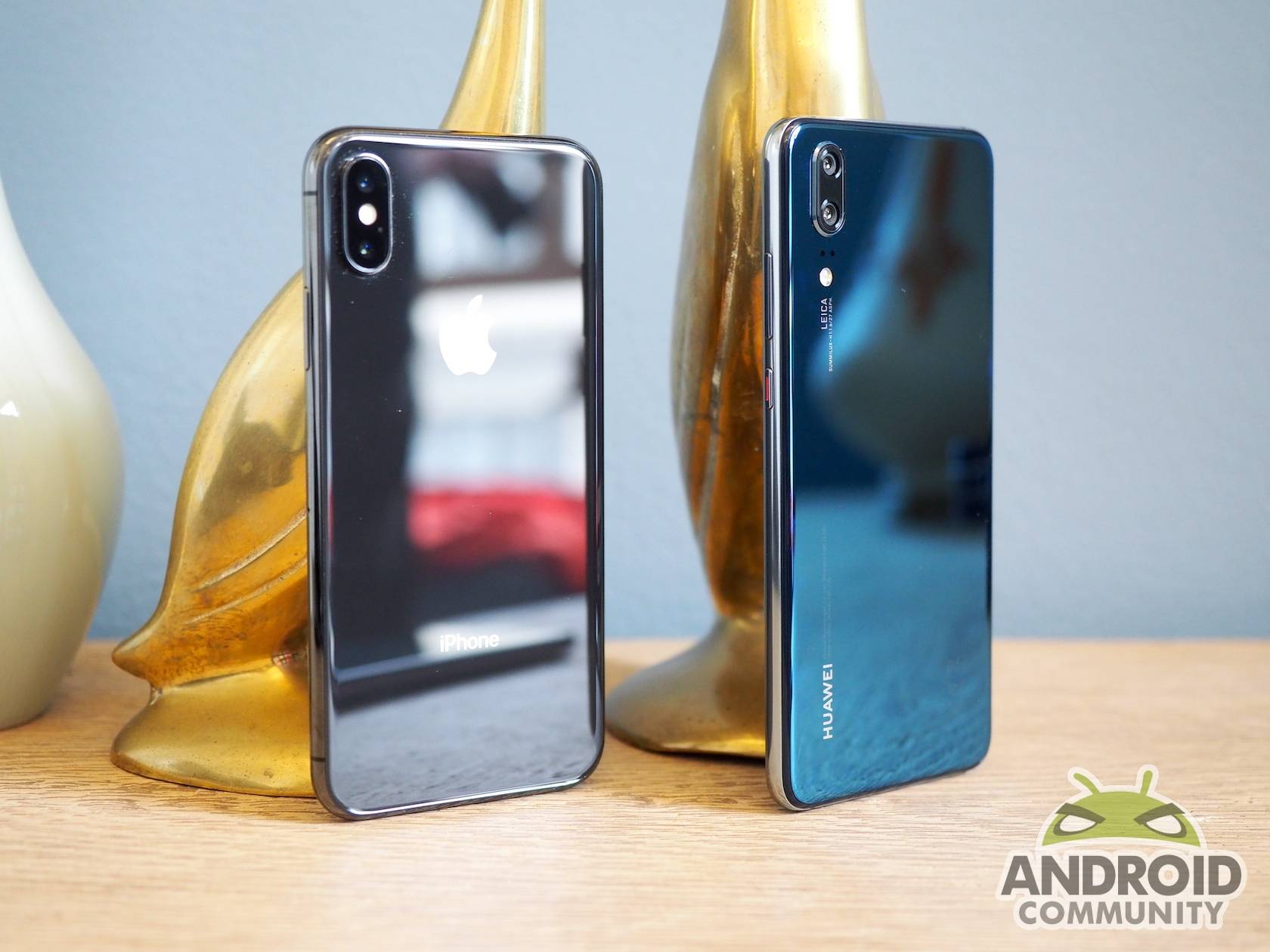 And, yes, the Huawei P20 and P20 Pro both have notches, but the company has offered a somewhat ingenious way to appease everyone. There is an option to “hide” that notch, which practically just paints the surrounding area black to mask its presence. You will still have a dead area in the middle and it remains to be seen who this will work well with apps that change the color of the notification bar to match their theme.

Specs: more of the same

If reading through the Huawei P20’s spec sheet gives you a sense of deja vu, that’s because you’ve mostly seen it before indeed. The two P20 practically inherit from last year’s Huawei Mate 10, especially the AI-centric Kirin 970. The processor is accompanied by 4 GB of RAM on the P20 and 6 GB of RAM on the P20 Pro. Both models get 128 GB of storage right off the bat.

Huawei is particularly proud of Wireless Hi-Fi and Hi-res Wireless Audio or HWA, a new technology it is trying to push to the industry. With a 990 KB/s transfer rate, it boasts nearly twice the bandwidth of Qualcomm aptX’s 576 KB/s and thrice the speed of 320 KB/s AAC. Of course, that would be pointless if there’s no hardware on the other end to support the technology, so Huawei has gotten commitments for audio accessory makers such as Onkyo, TEAC, Pioneer, Tacsam and more. With this focus on wireless audio, you can probably guess that neither the Huawei P20 nor the P20 Pro has a 3.5 mm headphone jack. 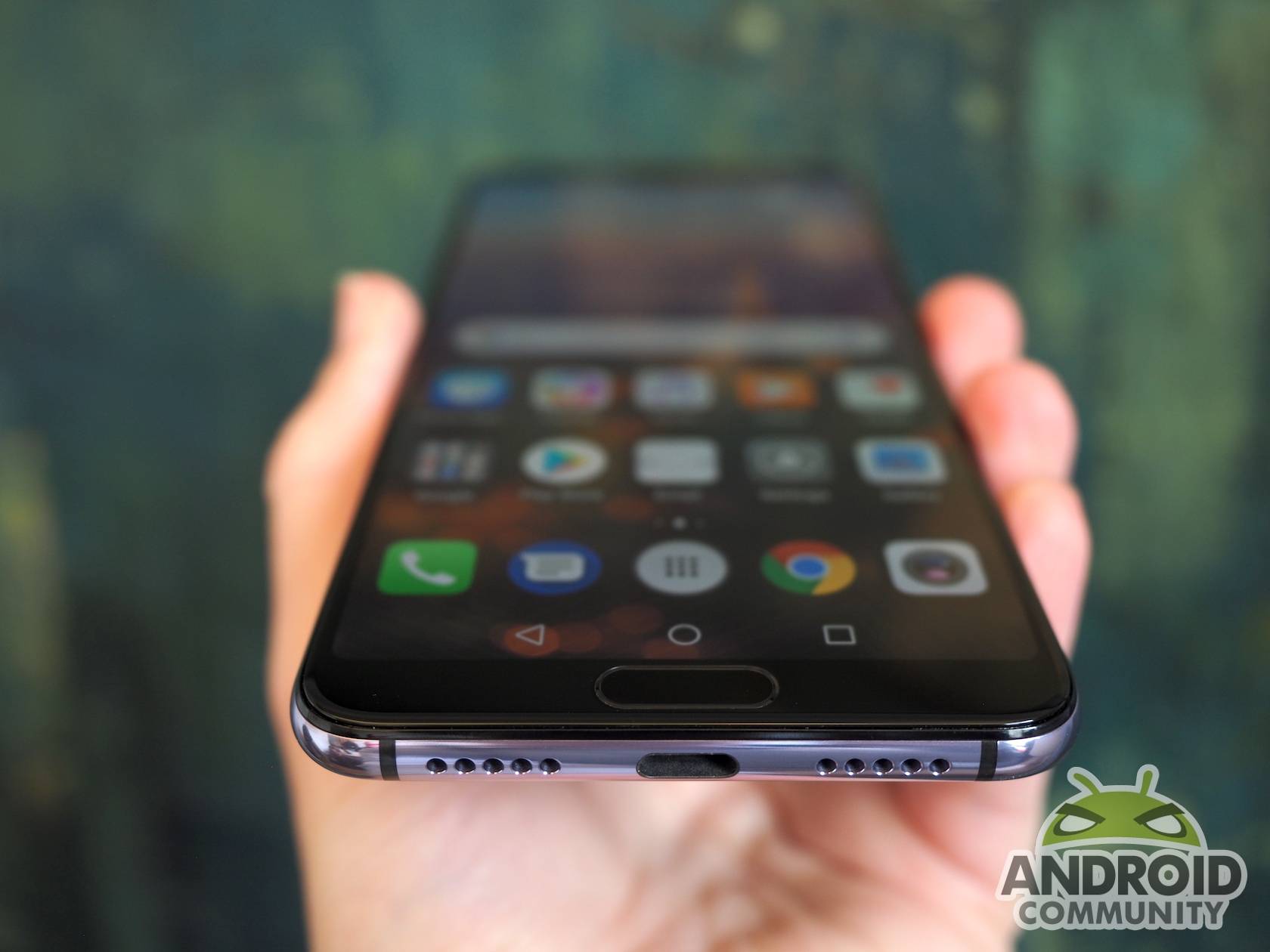 There’s a slight difference in the screen as well. The Huawei P20 has a 5.8-inch RGBW LCD screen with a 2244×1080 resolution while the Huawei P20 Pro goes with a 6.1-inch OLED panel with 2240×1080 pixels. The extra pixels are there to account for the notch, which, as mentioned, you can virtually hide.

Huawei is also pretty proud of how much battery it was able to squeeze in without bulking up the phones. It likes to compare them to both the iPhone X and especially the Galaxy S9 and S9+, which has gotten thicker this year. The Huawei P20, while measuring only 7.65 mm thick, has a 3,400 mAh battery. The Huawei P20 Pro, on the other hand, goes with a 4,000 mAh pack and is only 7.8 mm thin.

The front-facing home button and fingerprint scanner isn’t only a welcome return of a familiar friend for some. It has returned even better than before. You can have different combinations of long presses to practically perform the same functions as the home, back, and multi-tasking on-screen buttons. Which means you can, in theory, hide the navigation panel all the time and reclaim even more screen space. 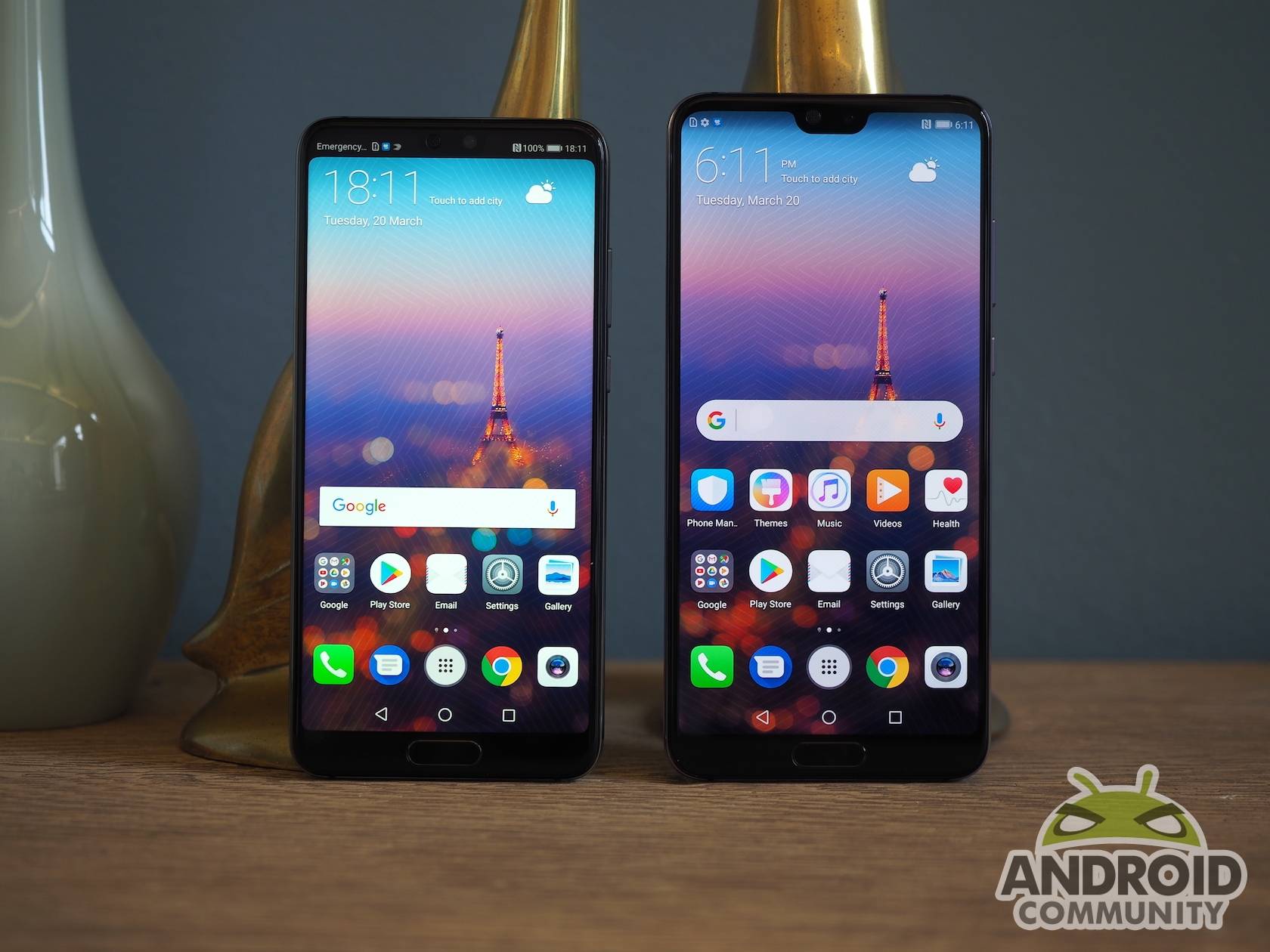 The camera is really where Huawei is making its big splash, especially on the P20 Pro. Not that the Huawei P20 is getting left behind. At least not that much. The phone has a dual camera setup made up of a 12 megapixel RGB sensor and a 20 megapixel monochrome sensor. They get f/1.8 and f/1.6 lenses, respectively, both Leica-made of course. The Huawei P20 has a color temperature sensor to go along with the image sensors, able to measure 1,000 to 10,000 Kelvin. 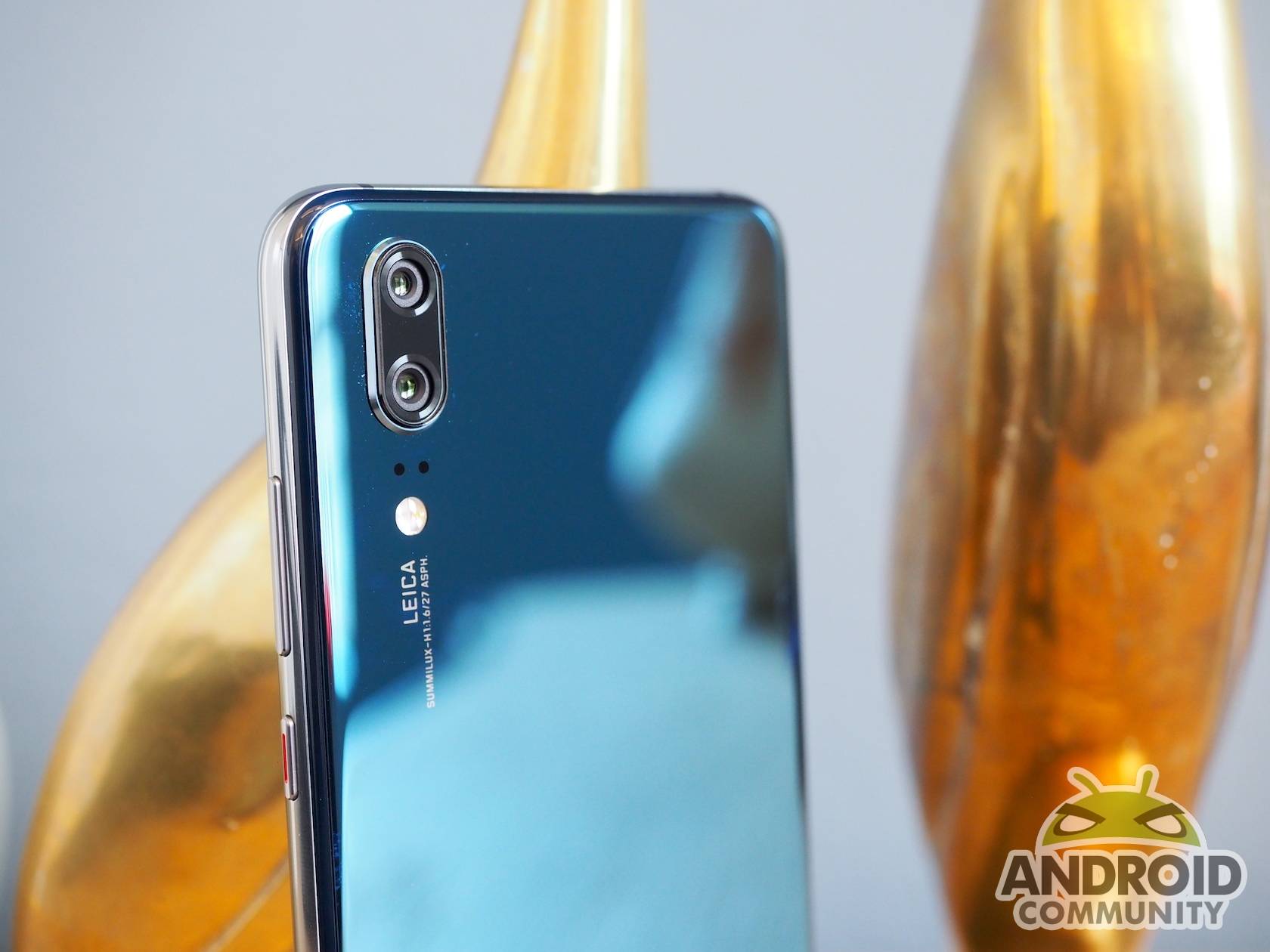 Things get a bit complicated with the Huawei P20 Pro and its triple cameras. Yes, it has three of them. There’s the 40 megapixel main RGB sensor with f/1.8 Leica lens and a 20 megapixel f/1.6 camera to go with it. The third is an 8 megapixel f/2.4 3x telephoto camera for those close up shots. The P20 Pro is also decked with sensors, including a color temperature sensor and a laser transmitter and laser receiver for autofocus. 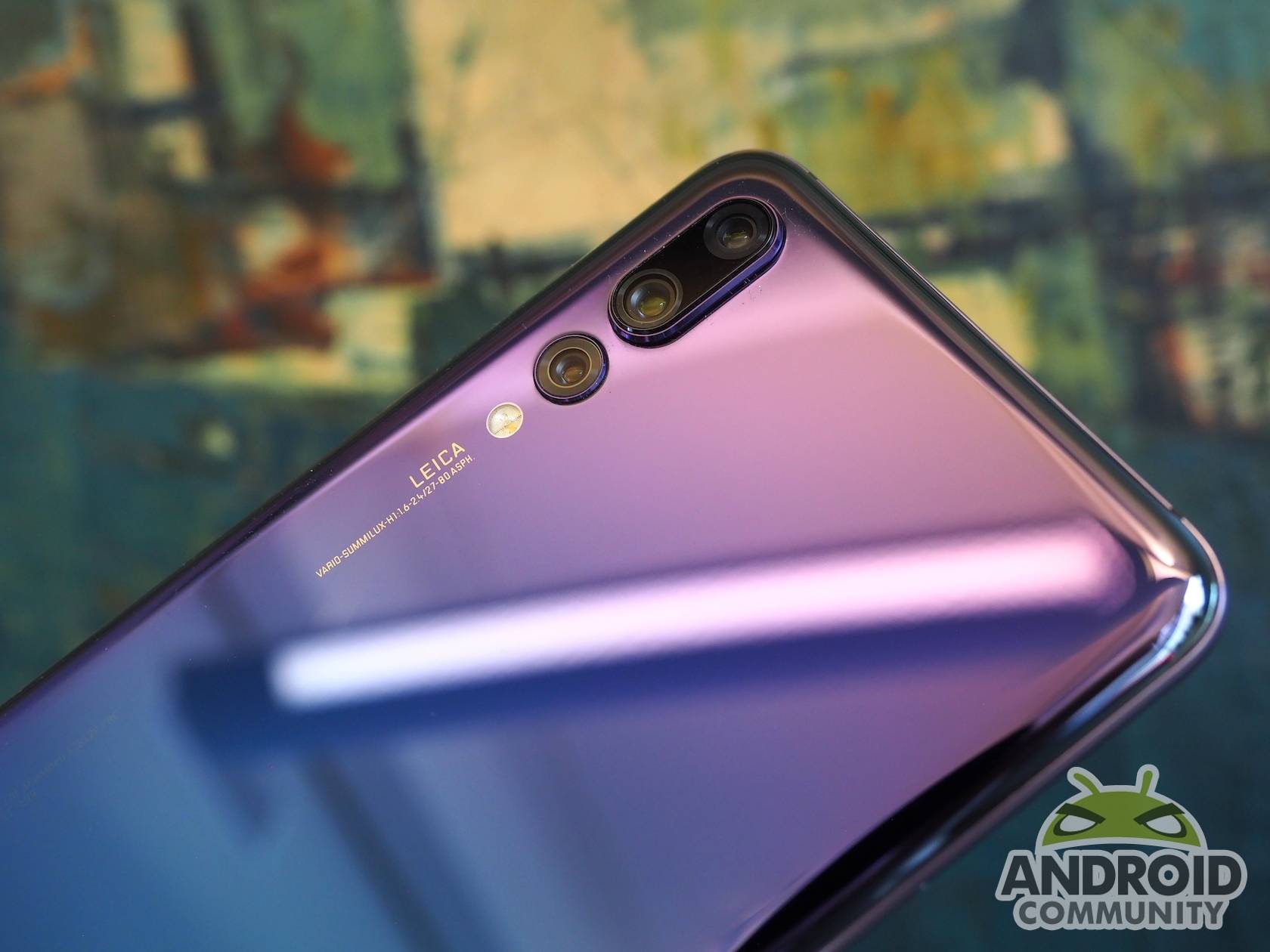 With its emphasis on the cameras, you might find it odd that the cameras don’t have optical image stabilization, save for the P20 Pro’s telephoto camera. Here, Huawei is taking a page from Google’s playbook and is substituting it with AIS, or artificial intelligence stabilization. 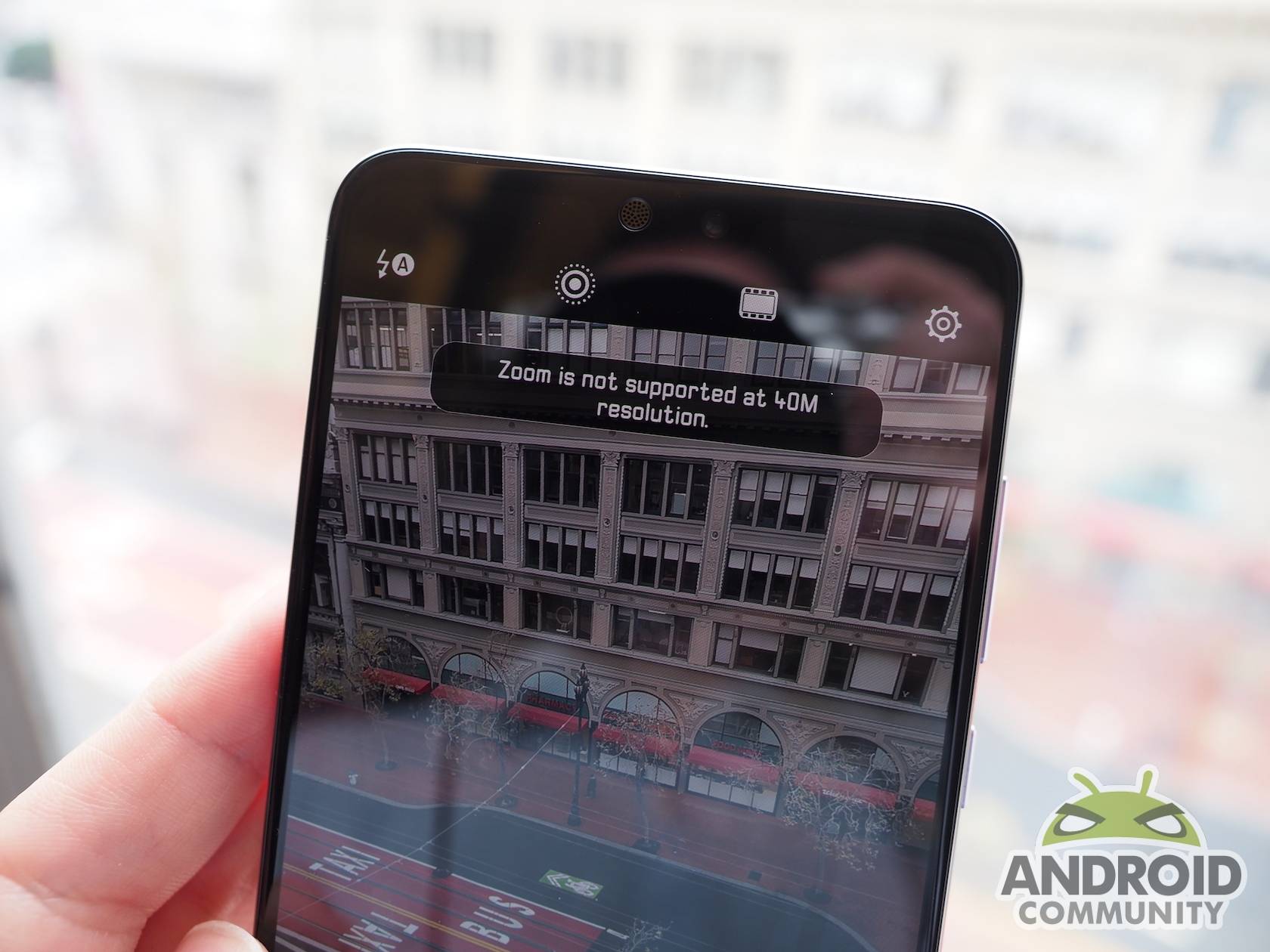 AI: a painter not a paintbrush

Huawei was already singing praises of its AI capabilities ever since it debuted the Kirin 970. But unlike other companies that delegate their AI to personal assistants or face recognition, Huawei is putting its AI to work on photography. Its philosophy is that you can’t be a better painter simply by having the best paintbrush. And that AI is going to help teach you become one.

In practice, what this means is that Huawei’s camera app is able to do scene and object recognition and adjust the settings automatically as needed. It can offer guides to framing a better picture, like a level for a landscape shot. But perhaps the most interesting application is in AI stabilization, which works in both photo and video as well as in handheld long-time exposures. The AI analyzes each frame of the image or video, does edge to edge composition and adjustments to do what an OIS would do if the hardware were present. 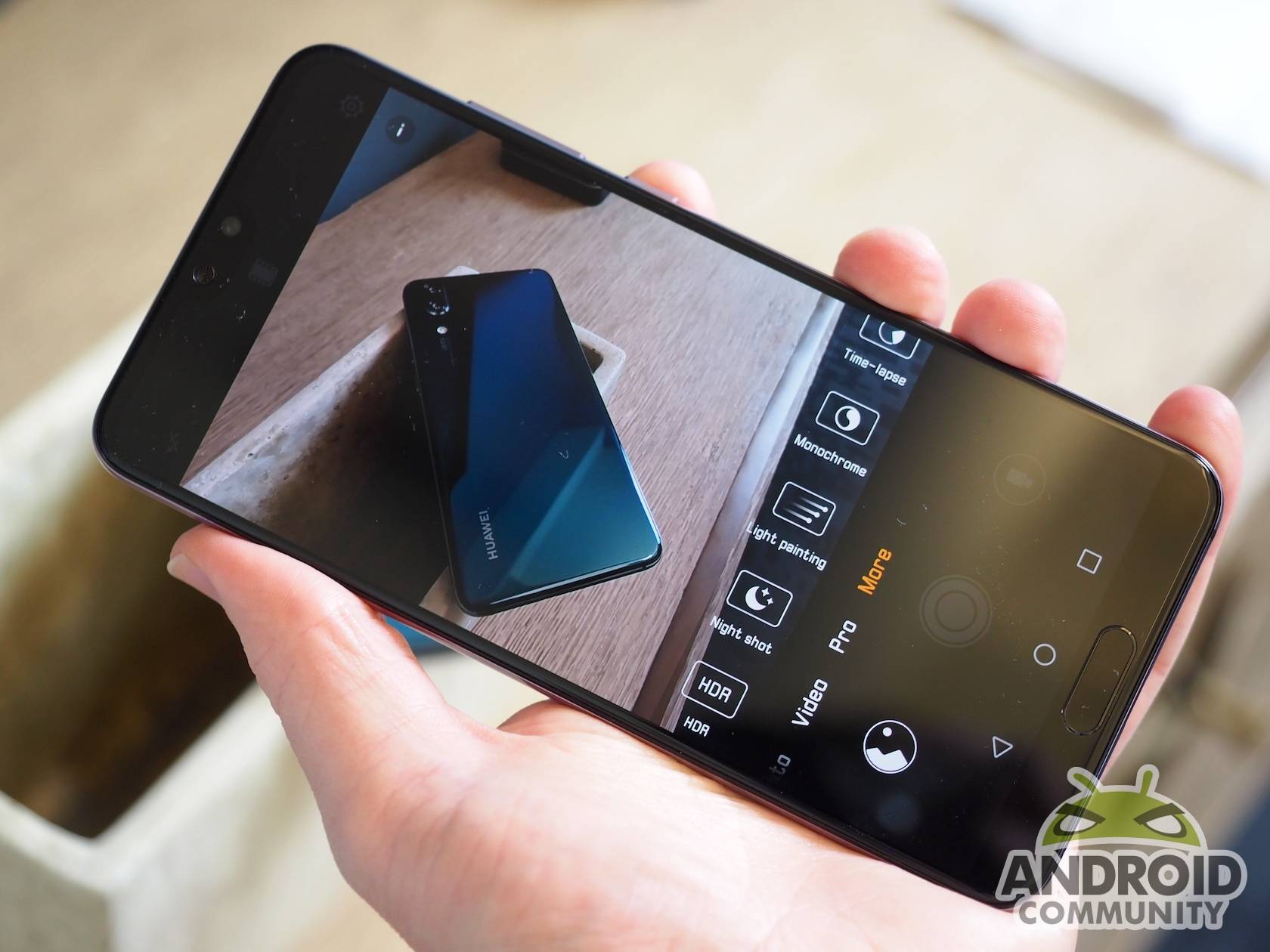 Huawei’s AI is also applied on face recognition, boasting of an unlocking speed of 0.5 seconds or less. That said, Not even Huawei is confident about the security aspects of the feature, even if it won’t explicitly say so. Actions speak louder than words, which, in this case, means that face unlock isn’t available for secure transactions like mobile payments.

The Huawei P20 and especially the P20 Pro are definitely gorgeous and their return to some basic design is definitely going to be a breath of fresh air for some. Its handling of the notch is genius and its cameras have already been crowned by DxOMark as this year’s top dogs.

But is it going to matter much in the US market? Not if no one there can reach them. Huawei has seemingly completely withdrawn from the US and neither the Huawei P20 nor the Huawei P20 Pro will be made available from any retailer at all. There is still the Huawei Mate 10, at least for now, but mobile photographers in the country will probably feel Huawei’s absence the most. 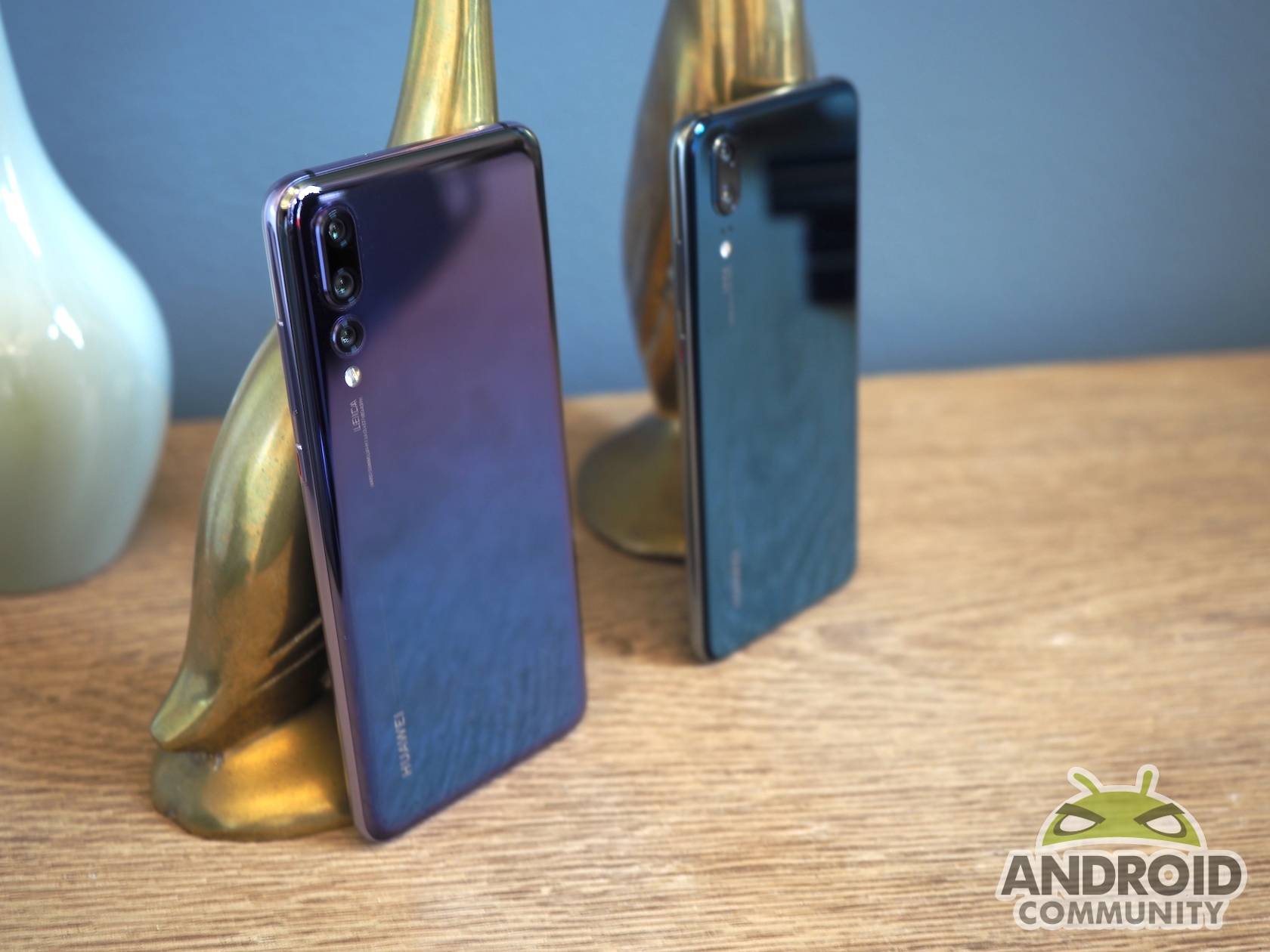