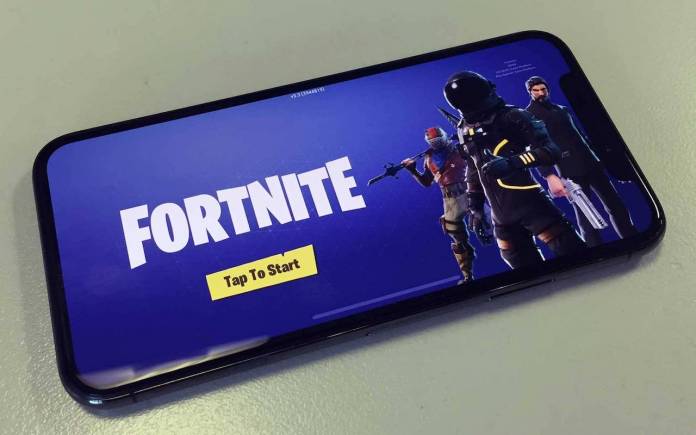 This is happening: Fortnite is now on the Google Play Store. It has been almost two years since Epic Games introduced Fortnite. This popular mobile action game has been around for some time but it is only now that it’s released officially on the Android app store. The title has been available for Android OS users but you wouldn’t find the game on the Play Store. It was set to launch but we were told it might not be through Google.

There have been plenty of rumors about Fortnite before with information being shared by some clickbait videos. The company behind the game had to reiterate, Fortnite wouldn’t be on Android. The game was released first on Samsung phones (Beta) and then to other Android devices.

The Google Play Store wasn’t where you could get Fortnite. Epic Games has an official website for the game. Several updates and patches have been released to improve the action game.

An installer for Android was also made available on the Epic Games app. Previous Android installers discovered it could let hackers add malware. Another interesting bit: a Fortnite Avengers Endgame was made ready by Epic Games.

Everything changes as Fortnite is now released to the Google Play Store. The Fortnite developer meant to challenge the Play Store in app distribution. Now, the game is on the app store for every Android phone owner to enjoy.

What could have happened here? Just a change of heart by Epic Games, perhaps? A statement was shared by Epic Games on the issue. 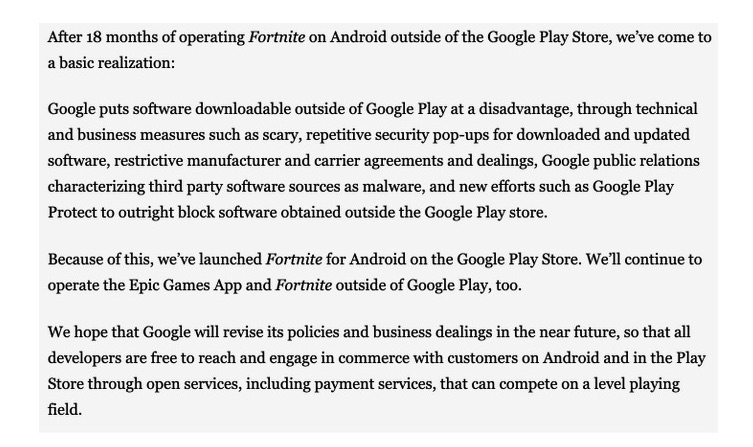 The statement tells us Epic Games was unable to make Fortnite a true success on Android sans involvement with the Google Play Store. That’s not entirely true because Fortnite is very popular.

Epic Games hopes “Google will revise its policies and business dealings in the near future”. This will then allow developers to “reach and engage in commerce with customers on Android and in the Play Store through open services, including payment services, that can compete on a level playing field.”