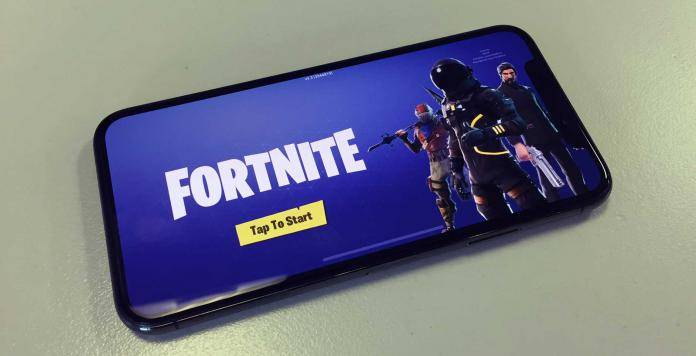 It’s amazing how so many people are not aware just how big Fortnite as a game is. For those who are not familiar, Fortnite is a battle royale game in the style of the more popular PUBG, but is designed for a younger audience. PUBG certainly started this trend, but the visual appeal and gameplay of Fortnite makes it more accessible for the younger gamers, and as such has grown the game to a veritable juggernaut for developers Epic Games. Soon, the game will be launching on Android, but it might not be what you’re expecting.

Fortnite has already launched on iOS, and is raking in tons of cash for Epic Games on a daily basis. Rumors abound that Fortnite would be launching as an exclusive for the Samsung Galaxy S9 on August 9th. Epic Games’ website has already made known which Android devices would be supported when the game does launch, but hidden in the source code of the Fortnite Mobile page is something that would be a cause for concern for some Android users.

According to the code, the game will be installed from outside of the Play Store. The images that follow below prove this somehow.

So why would Epic Games do this? XDA believes that it is somehow connected to Google’s rules for in-app purchases. If Epic Games decides to launch Fortnite via the Play Store, they would be required to use the Google Play In-app Billing system, which gives Google a 30 percent cut on sales. Judging from the reported USD$2 million daily income of Fortnite on iOS, Google stands to take an estimated USD$600,000 daily if Fortnite earns as much as on iOS, if it is launched through the Play Store.

Since Google allows installations from unknown sources on Android, Epic Games can choose to install the game from outside of the Play Store. Sure, they’ll be losing a bit of visibility since the Play Store is the hub for almost all Android users. But the developers might be confident that Fortnite is big enough that they can afford to forego the Play Store, and as such keep 100 percent of the profits from in-app purchases.

Will this be a good move from Epic Games if ever? We will probably find out soon enough.