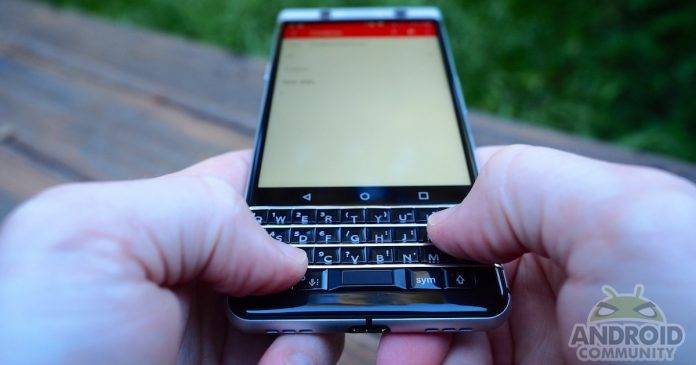 The BlackBerry KEYOne which is the Canadian smartphone company’s latest take on the QWERTY design is making an impression in the mobile industry with its embedded fingerprint sensor and other accessories. It may have been delayed a bit but the phone went up for pre-order in Canada last May. We already managed to review a unit and we thought the phone is a pretty decent mid-range Android phone.

The smartphone was soon made available in the United States and it reached the UK last month via Amazon. Some people are confused because it didn’t do well in Zack Nelson’s Durability Test. The phone was scratched, burnt, and bent. It failed the last test so BlackBerry immediately released a statement it would add more adhesive measures to the display. Interestingly, another test revealed it could survive in the real world. Even with the contrasting reviews, BlackBerry released KEYOne units with strengthened displays.

The phone is now available at select retailers Stateside. Today, we learn that Sprint is offering the phone for $528 or $22 monthly for 18 months. In the US, it’s the first carrier to deliver the Android-powered BlackBerry device that reminds us all of how the smartphone industry started. Units will be available in stores later this July but are now ready online.