The Xiaomi Mi 6 was the last durability test specimen we featured last month. It passed the test with flying colors with only minor disadvantages–there is no audio jack and no microSD card slot. And now it’s time for the BlackBerry KEYOne to be tested the same way. We know a lot of you are curious if the new phone from the Canadian smartphone pioneer will survive the Scratch, Burn, Bend Durability Tests.

The Android phone was recently made available in the US. We’ve done our review. We’ve seen it on several YouTube videos but nothing beats the satisfaction you get from watching JerryRigEverything. That is, if you like the sound of screeching metal and glass being scratched.

Zack Nelson is ready to see if the KEYOne will survive his standard scratch, burn, and bend challenges. As with any other tests, the BlackBerry KEYOne was scratched using Moh’s Hardness Pick. The phone scratched at Level 6 which is comparable to the new Samsung Galaxy S8 and iPhone 7.

The keyboard is touch sensitive, allowing you to control up/down and left/right the screen. It scratched heavily but still functions. The fingerprint scanner is embedded on the spacebar and works well even after heavy scratching. The camera lens on top is covered by glass and doesn’t scratch. The rear camera is also covered by the same material but the flash at the back are covered by plastic so it scratched. 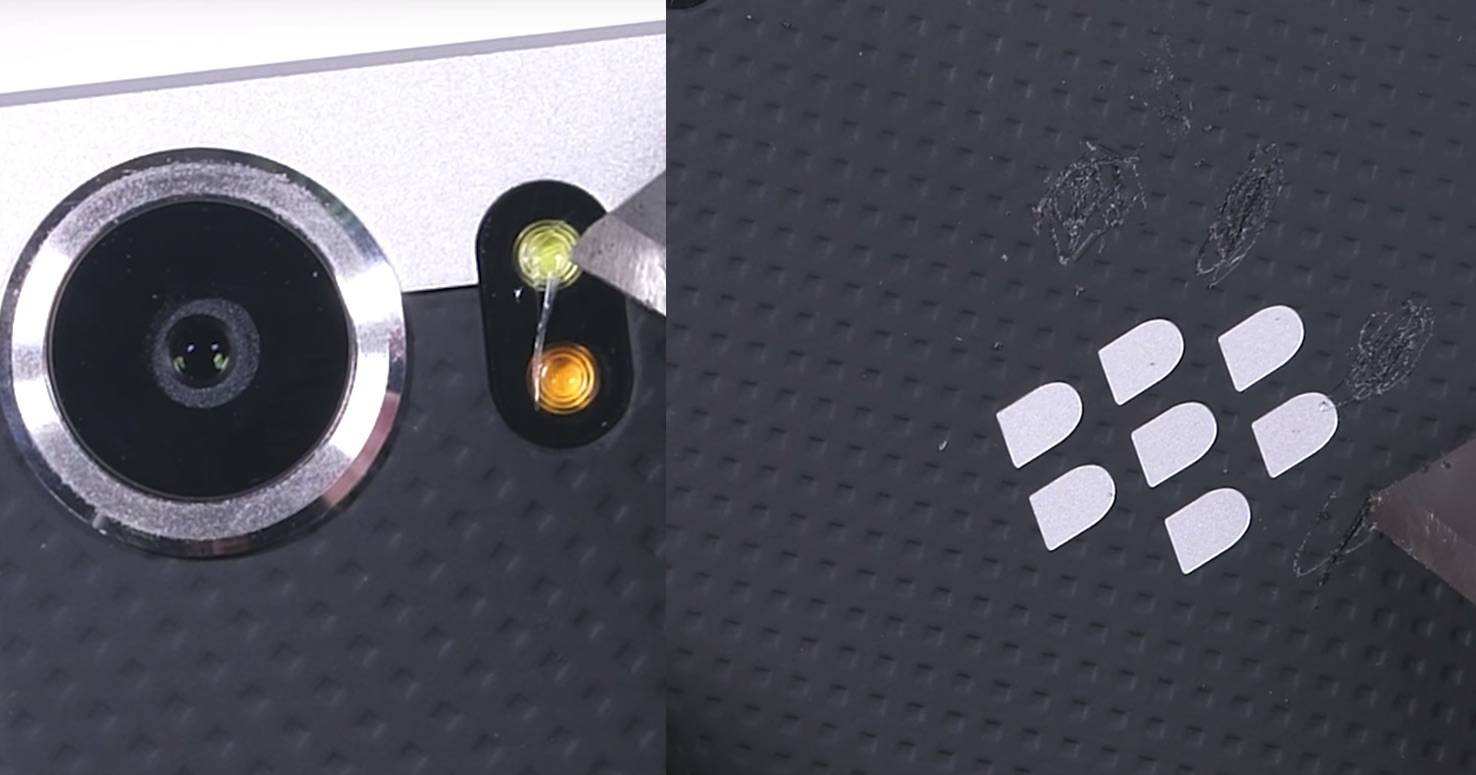 As for the back cover, the panel has a rubber like material so scratching it with keys didn’t damage the phone. It’s a different story though with a razor blade but it’s not something that will affect the phone’s function. The sides are made from metal, as well as, the power button. The headphone jack area is made of plastic but most of the top is still covered with metal.

Burning the screen lasted for 16 seconds before a black mark appeared and then disappeared after some time.

As for the bend test, the phone failed because screen easily popped out of the frame. The phone appears to be not glued enough. No need to further bend from the front screen because the phone is totally damaged.