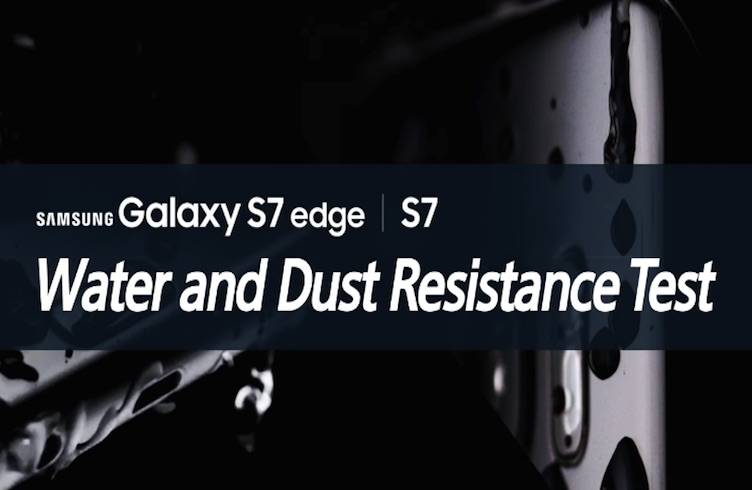 We’re used to watching stress and endurance tests that are heart-breaking, nerve-wracking, or heart-thumping. Most geeks do them and share them online for all the world to see. Such are important because they help consumers like you and me to see hodew gadgets can withstand extreme conditions. For the latest Galaxy S7 and S7 edge, we’ve seen a few already like that durability test and the one where the S7 was put inside an LG Washer.

There were several benchmark tests done as well, telling us how the camera made it a new champion and how it has better AF than the Canon 70D. We’ve also seen tests that said the Exynos variant is more powerful than the Snapdragon version and that its battery can last longer. However, AnTuTu tests revealed that the Galaxy S7 Snapdragon is better than the Exynos variant based on the scores.

Those tests are mostly entertaining but ever wondered how the manufacturer tested its latest premium flagship phones in the lab? Samsung recently published a video on YouTube showing how they did the Water and Dust Resistance Test for the new Galaxy S7 and S7 edge. According to Samsung, these are “rigorous high-quality validation tests” that helped them ensure the phones could withstand dusty environments and prolonged immersion in water, thus, earning them an IP68 certification. In case you don’t know, IP68 is the highest water and dust-resistance rating electronic devices.

We know the Samsung Galaxy S7 is IP68 water-resistant as shown off by a teardown. Watch how Samsung did the test:

So there’s no dropping, burning, scratching, and bending but this video by Samsung tells us that the Galaxy S7 and S7 edge are indeed water and dust-resistant. The phones have been designed that way so you can use your phone rain or shine. Inside are special tapes that cover the hardware and small parts when they are exposed to minimal amounts of dust or water.

They don’t make the devices totally waterproof because the elements can still get inside but at least you know you can use without having to worry about it getting splashed on by some water when you’re in the shower, beach, or pool or even when you’re out in the desert. Needless to say, phone is safe to use under normal conditions and in cases where you might accidentally drop them into water.