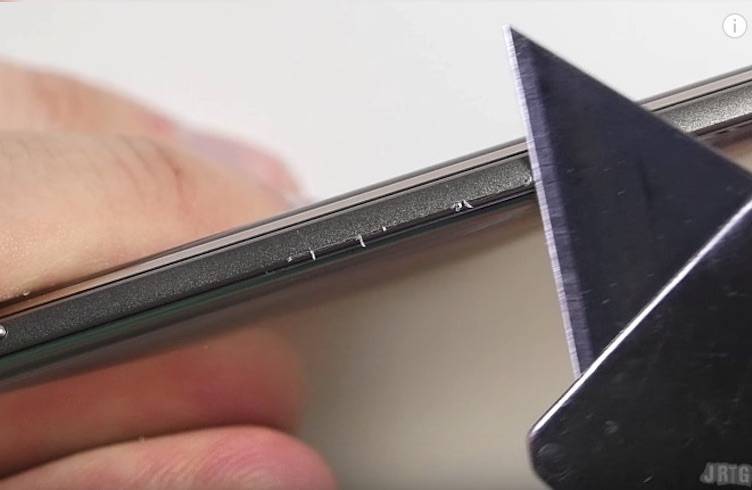 Now that the Samsung Galaxy S7 and S7 edge are out, expect more reviews to be published. We have yet to make an in-depth review so we’ve been writing down our opinions. Mostly are shallow reviews and observations so we want to see for ourselves how the two new premium smartphones perform. If not reviews, we’re interested to see unboxing videos just like what T-Mobile did that’s even more interesting because it was done underwater.

We’re expecting someone will soon share a stress test video of a Galaxy S7 or S7 edge and good thing we have one now from JerryRigEverything. The new Android smartphone with the curved edge recently went through a series of durability tests including a Scratch Test, Burn Test, and Bend Test.

The video isn’t too nerve wracking because it’s mostly testing the surface although we don’t like the idea of a scratched phone. For the scratch test, Jerry used a set of picks to test the level of hardness on the screen. Most phone displays got scratched at level 5 but it took the Samsung Galaxy S7 edge a couple more because screen is really harder.

This is expected of most tempered glass screens. Even the camera lens cover is hard so it’s difficult to scratch but the small screen cover for the flash only used plastic. The back material of the phone is also glass but it’s easier to scratch.

When it comes to the Burn test, Jerry simply used a lighter placed near the screen and the edges. The Samsung Galaxy S7 edge survived this particular ordeal unlike other phones that would have some parts of the screen turn to black.

It was soon followed by a Bend Test. No special tool is needed for this–just a pair of hands. Bending the smartphone from the front, the unit bends just slightly with the back panel opening a bit. However, the phone doesn’t break so it’s still good unlike other phones that snapped into two. We can say it can survive everyday rough use but it’s not recommended that you place it inside your pocket without any protective casing.