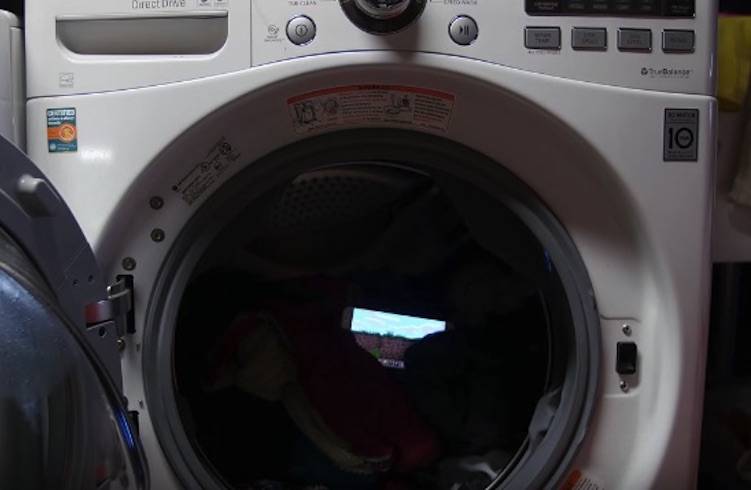 We’re getting used to watching durability and endurance tests even if most of them can be nerve-wracking but geeks will never run out of new gimmicks to try. There’s the usual drop test, fire test, bend test, scratch test, and the water test but each and every test was made in different levels or scenarios. One unique kind of test is this by Max Lee who tested his Samsung Galaxy S7 against an LG Washer. You read that right–LG Washer and not the LG G5.

Max Lee of Highonandroid.com placed the Samsung Galaxy S7 inside the washing machine together with a few clothes to see if it would survive being in the water, tumbling inside for over 45 minutes. He wanted to know if the phone would live up to the expectations that it can survive being under water. We said before that phone is only water-resistant and not waterproof. Those are two different things but apparently people forget.

Watching the video isn’t exactly heartbreaking but we were wondering if the sound was that of the phone hitting the sides of washer. The LG Washer was really fast especially when it reached the drying/spinning phase. After less than an hour, Lee search for the phone inside and checked if phone would still work. The result? It still worked although the fingerprint scanner didn’t respond right away.

The phone spent some 45 minutes of washing time but the sound is still working, as well as, the camera and microphone. You may be asking how practical this test can be? Now you know that phone will survive if it accidentally goes inside the washer because you forgot (again!) to take the device out of your pocket.