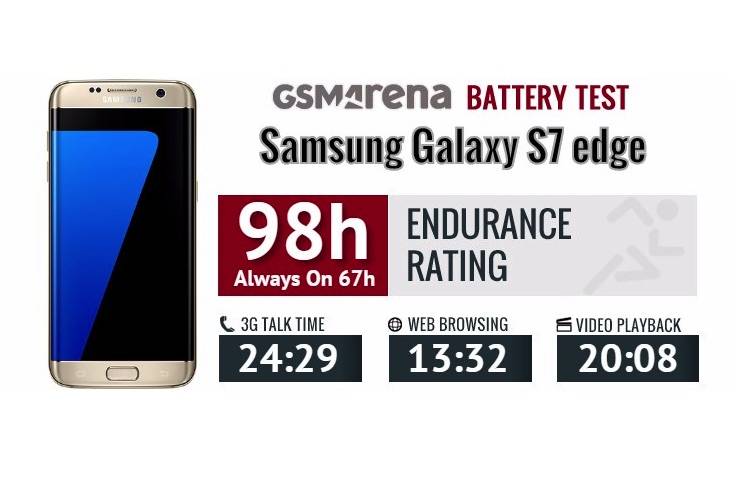 The Samsung Galaxy S7 edge is no doubt one great smartphone. It recently took over the place of the Galaxy S6 Edge+ and the Sony Xperia Z5 at DxOMark. It’s the benchmark’s newest champion. Another series of tests also revealed that the Exynos version of the S7 is more powerful than the Snapdragon variant. We didn’t think there would be much different until these tests and just recently, GSMArena even joined the fanfare by looking at the battery life and performance of the S7 edge variants having different processors.

The Galaxy S7 edge, Exynos or Snapdragon variant, boasts of a 3600mAh battery. That’s a huge battery already compared to last year’s 2600mAh batt. It’s still non-removable, and capable of wireless charging but only uses the QuickCharge 2.0 technology by Qualcomm and not the latest QuickCharge 3.0. The tech website’s tests show that the Exynos version is still more efficient. It can last longer than the Snapdragon variant under the same usage conditions.

The Exynos 8890 Galaxy S7 edge clearly lead the battery tests. It’s ahead not just of the Snapdragon variant but also of the other phones. When it comes to web browsing, the S820 Galaxy S7 edge under performed and was even beaten by the iPhone 6S Plus.

According to GSMArena, the phone’s Always on display also makes the phone’s battery drain quickly for obvious reasons. Regular use will bring a 30% drop to the ratings. It’s the same with the Edge feeds, frequent usage will significantly reduced battery capacity.