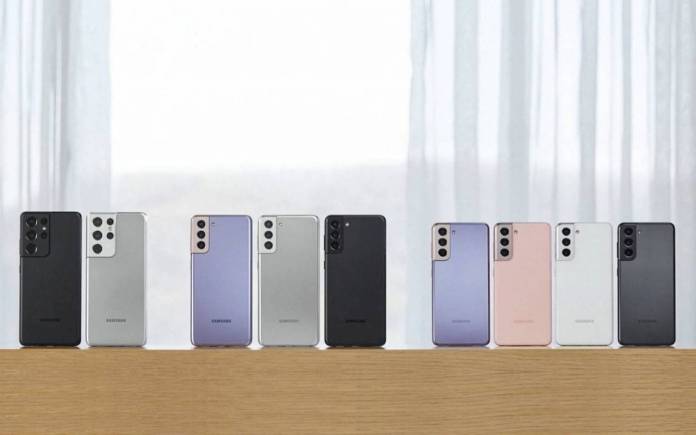 Perhaps this is information is nothing new. We already know the upcoming Samsung Galaxy S22 series phones will run on either the Snapdragon 8 Gen 1 or the Exynos 2200. Both processors are newly announced by Qualcomm and Samsung. A few months ago, we’ve been saying the next-gen Galaxy S devices would be powered by Snapdragon 898. Qualcomm finally announced a new flagship SoC but with a different name. As for the Exynos 2200, the South Korean tech officially announced the chipset a couple of weeks ago.

Either of the two processors are expected to allow powerful performance from any variant. Of course, many people will say the Snapdragon SoC will be better. We remember saying the Exynos 2200 may not offer substantial performance gains as predicted but it still is early to say.

Samsung has been working on the Exynos 2200. As early as September, some Exynos 2200 third round graphic benchmarks took performance dive. We also noted the Samsung Galaxy Tab S8 Ultra may use Exynos 2200 chipset.

Frequency data has also been revealed. It did arrive with Ray Tracing when it was announced after a series of delays. No need to worry now because it’s ready and will be used on the Samsung Galaxy S22 as an alternative to the Snapdragon 8 Gen 1 in many regions.

Those Galaxy S22 phones that will be released in other key regions will use Exynos 2200. Specifically, those in these regions and countries will get the Exynos versions: Europe, CIS (Commonwealth of Independent States), Africa, Middle East, and Southwest Asia.

Previously, Japan, Southeast Asia, and Latin America would get the Exynos versions but things may be changing this year. Nothing is final and official yet but we’re looking forward to testing which version will be faster.