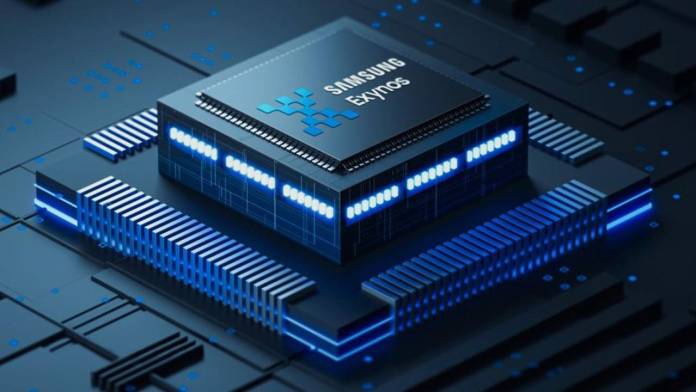 Quite a lot has been in the rumor mill about the Exynos 2200 SoC that’s destined to power the next year’s Galaxy S22 lineup. Some have speculated it to go neck and neck (or even beat) with Qualcomm’s next big processor, the Snapdragon 8 Gen 1. The reason being, AMD’s involvement in the design and integration of GPU in the processor. However, a recent leak suggests, that Samsung’s flagship-level Exynos SoC’s performance gains won’t be as high as earlier expected.

As per tipster Ahmed Qwaider, the association between the two giants of the tech world will only produce an average hike in both CPU and GPU performance. Ahmed tweeted recently that the SoC will only have 5 percent improvement over its predecessor. The GPU performance gains will only be around 17 percent.

Compare this to the Exynos 2100, which has a substantial gain over the outgoing Exynos 900 processor. There was a 30 percent bump in the CPU performance and 40 percent gain in GPU performance.

So, the South Korean giant’s chipset will not knock Snapdragon out of the park, as earlier assumed. That part is but obvious from the lackluster growth in performance rating as compared to the outgoing versions.

That said, the silver lining will be in the form of the upcoming processor’s Neural Processing Unit (NPU) that has a whopping 117 percent performance boost when it comes to artificial intelligence. This will translate into a better and faster Bixby voice assistance as well as next-generation photography.

If we go beyond the benchmarking numbers and percentages, the new GPU will bring fine-tuned support for 3D games in high-fidelity titles. Leaving all the speculations and rumors aside (whether good or bad) only the real-life tests will gauge the metrics of the Exynos 2200 chipset, so let’s keep the hopes high till then!