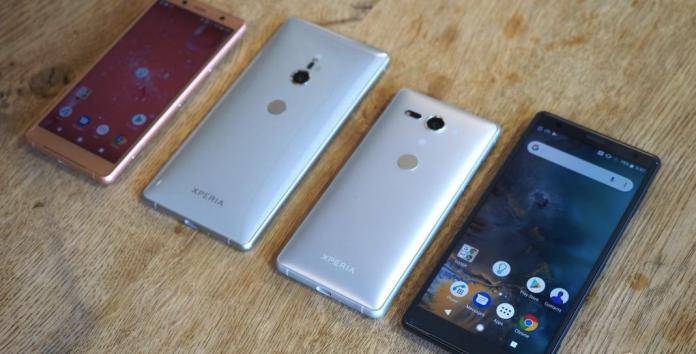 Sony has always been a household name for as long as we can remember. It has ventured to many other businesses across consumer and professional electronics, music, entertainment, gaming, and mobile devices. We remember that unboxing of the Sony Ericsson XPERIA X10 we first featured over eight years ago. The phone didn’t have a multitouch screen back then but it was soon followed by the X10 Mini Pro and the X10 Mini. Sony also planned on entering the world of Android televisions with Intel chips and then we thought for a while if the Walkman would have a comeback. It did return to the mobile market.

We’ve seen and tried dozens of Xperia smartphones already starting with the Sony Ericsson Xperia X10 and the Sony Ericsson Xperia X12. Back then, Sony and Ericsson were good partners in the business–together committed to Android. But then something changed along the way and we soon heard about Sony looking to buy out Ericsson’s half of Mobile Division. As we all know, the buyout happened and was approved by the EU in 2012.

Sony decided to go all smartphone in 2012 even before it separated from Ericsson. The first rebranded phones we remember being launched were the Sony Xperia T, V, and J smartphones announced at IFA 2012. The past six years, the company has been busy developing and releasing dozens of Xperia phones but a number of expectations haven’t been met recently. We just remember that Q3 2013 results showing an increase in mobile device sales. Sadly, after only a couple of years, Sony was caught saying it would no longer pursue sales growth in smartphone and TV business.

Make or break for Sony

Sony started to watch the mobile business with 2016 as its make-or-break year. Some models announced were discontinued or canceled even before launch. Sony also shut down online stores in Europe and the US. Back then, the company was firm that it’s not bowing out of the mobile industry and it spun off the camera sensor business.

A slew of Xperia phones were introduced the past couple of years with some becoming more popular than expected. Last year, the Sony Xperia XZ Premium was awarded as “Best New Smartphone at MWC 2017”. For this year’s Mobile World Congress, we learned company has been thriving as per chief executive. New Xperia flagship phones were launched.

Virtual reality may be the future of tech in mobile phones but the technology still has a long way to go. We know Sony will still remain but we haven’t seen any numbers that indicate business is still okay. Well, at least, Sony is generous enough to reveal to the public its mid-term corporate strategy. Mobile business expectations aren’t usually shared but Sony did. Now we’ve got a glimpse of plans for the next three years for all of its businesses. 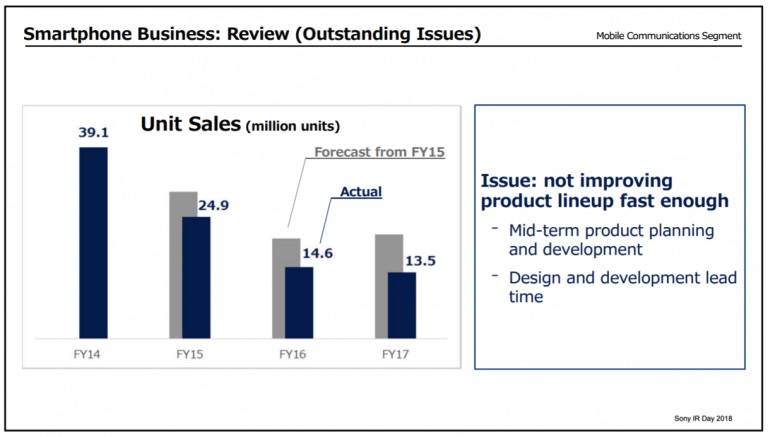 While most companies try to hide problems and issues, Sony is honest enough to share its challenges. We find it interesting Sony is also aware why success has been elusive and why expectations aren’t being met the past few years.

Sony noted that the company hasn’t really worked on its product line. Improvement isn’t fast enough. Also, Sony hasn’t really pushed for dual cameras and thinner bezels even when other brands are jumping on the bandwagon.

Sony will soon be looking to Europe as one key region. It will start new partnerships with carriers. The 5G technology isn’t forgotten so we may expect faster mobile Internet in the coming months or years. 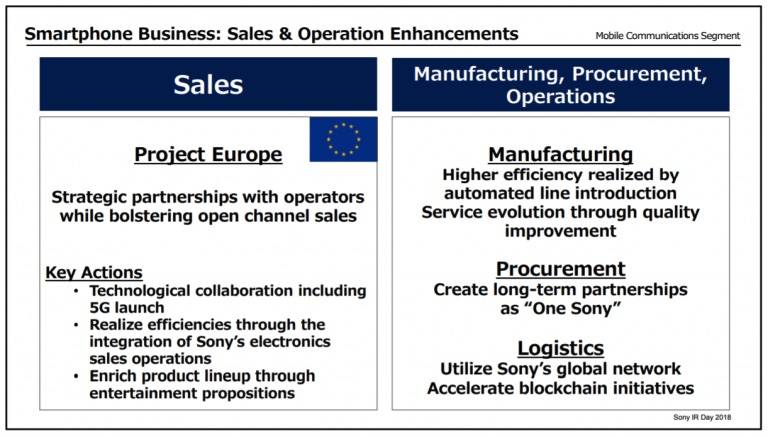 Improving product lineup is slow but now, the company is implementing mid-term product planning and development. Designs are almost similar so that’s not a problem.

When it comes to the smartphone business, Sales & Operation enhancements are made possible by strategic partnerships with operators. Some key actions include technological collaboration and integration of Sony’s electronics sales operations.

Mid-term Vision is to create new value for customers for the 5G era. By leveraging the assets, business knowledge, and infrastructure, Sony’s direction may be for upcoming mobile devices.