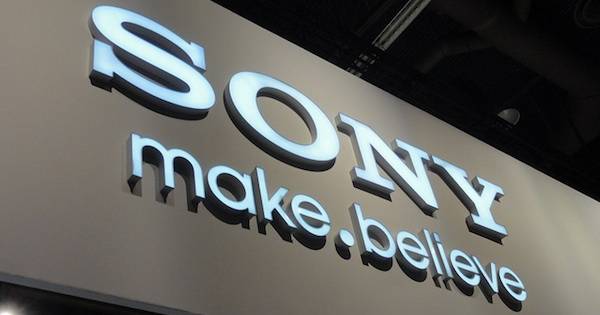 Sony has just kicked off our week of IFA news with their new Xperia lineup. Announcing new devices in both their smartphone and tablet categories. In a quick and rather light on details event they announced their all new Xperia line to round out 2012 with the all new Xperia T, V, and J — and yes those are the official names.

Sony’s new flagship “global” smartphone will be the Xperia T which will offer the best experience of the above mentioned devices, but will also be the most expensive. They followed that with a quick announcement regarding their all new Xperia J that will be their budget oriented smartphone. I couldn’t help notice in their image of the J (below) it shows both capacitive and on-screen nav buttons. Oh oh!

Then last but not least we have the middle-of-the-road Sony Xperia V that will offer a perfect balance of price/performance, and even 4G LTE capabilities. They were rather light on details in general, and didn’t give us much details to explain the difference between the devices but we are heading out for hands-on as we speak. 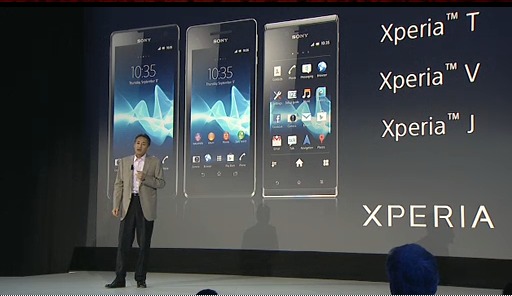 The Xperia T is the flagship model with a 4.6-inch 1280 x 720p HD Bravia Engine display, Android 4.0 Ice Cream Sandwich, NFC support (for new NFC enabled speakers and headphones) and it’s soo cool it will be rocking out with James Bond for that upcoming Sony Pictures film. We’ll be getting hands-on shortly so stay tuned.