We didn’t expect this one: Samsung announcing a new Galaxy tablet ahead of the August 9 Unpacked event. We’re thinking at least one tablet would be unveiled together with the Galaxy Note 9 or all new models would launch during the IFA event in Berlin but the South Korean tech giant had other plans. After five months of rumors, speculations, and leaks, the Samsung Galaxy Tab S4 is finally official. The device is designed and aimed to build a legacy as the company continues to put productivity at the Galaxy Tab S4’s core.

As early as February, specs were sighted on GFXBench. WiFi was certified and the tablet was compared to the Galaxy Tab S3 early. We were told the Tab S4 may get two useful upgrades. The tablet soon hit the FCC which meant an impending arrival.

Early renders looked familiar and even after a few more small changes, specs leak offered nothing left to imagination. We also wondered how the Galaxy Tab S4 will compete with the next iPad Pro and looks like we’ll be able to answer that now.

The Samsung Galaxy Tab S4 is official. It is said to “help you get more done from wherever you are” with its premium specs and features. This one offers some of the best things Samsung is known for such as Samsung DeX, a refined S Pen, and a longer-lasting battery. When it comes to entertainment and productivity, the Galaxy Tab S4 is for you. 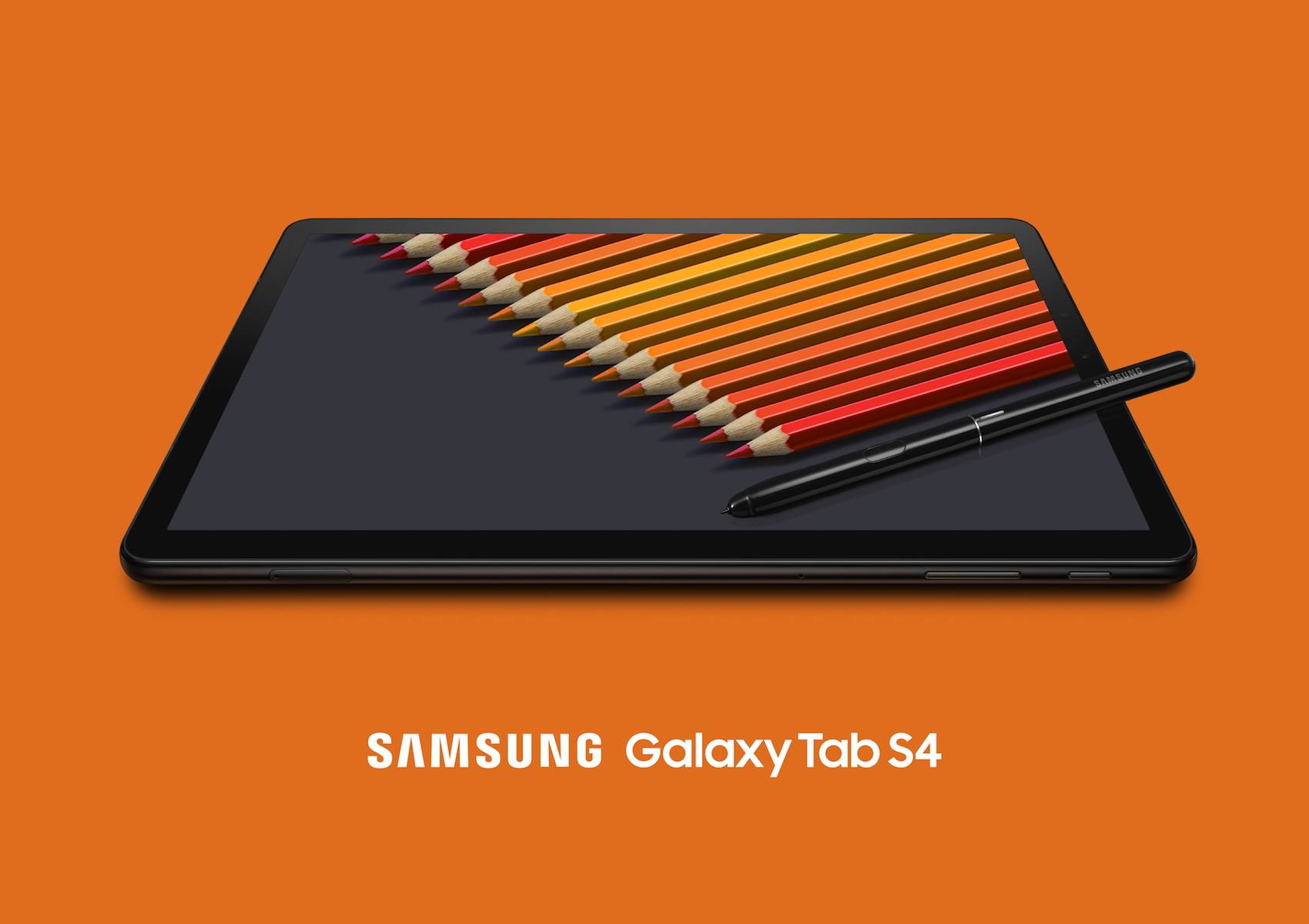 The 2-in-1 Android tablet is ideal for those who are always on-the-go. From office to your home, feel free to use the tablet as it transforms from a workhorse to an entertainment system. It may look like any other Samsung tablet at first but it offers more than you can imagine.

Samsung DeX is now available on the Galaxy tablet. Use the tablet together with the Book Cover Keyboard so you can be more productive with the desktop experience. Your tablet is quickly transformed into a notebook or desktop where you can use the Microsoft Office suite or launch multiple windows for Android apps.

The Galaxy Tab S4 is described as the “ultimate productivity tool” from Samsung. It delivers all-day productivity with Samsung DeX and the large battery. It offers portability, functionality, and precision with the S Pen and Book Cover Keyboard.

Samsung Knox promises comprehensive security while its Daily Board feature that lets you manage your other smart home devices. The large display has a 16:10 body ratio, giving a larger vieweng area compared to the Galaxy tab S3.

Galaxy Tab S4 brings connectivity, entertainment, and productivity to the next level.