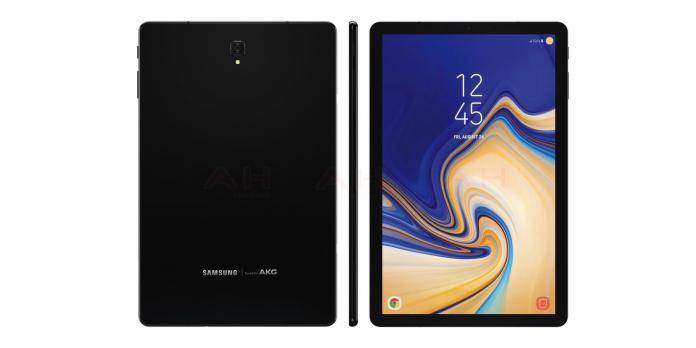 The Samsung Galaxy Tab S4 specs were first sighted on GFXBench early this year and the device was soon WiFi certified. We’ve been waiting for its official launch since more features are being leaked left and right and we even got to compare the tablet with the old Galaxy Tab S3 already. We also noted how the Galaxy Tab S4 may get two useful upgrades. But good news, it has recently reached the FCC which means D-Day is upon us.

Samsung’s upcoming Android tablet offering has long been anticipated since its predecessor was released February last year. That’s more than a year of waiting for a new model. So far, we only know about the Samsung Galaxy Tab S4 specs as posted on Geekbench. This WiFi-certified device is expected to receive further updates.

The FCC lists the Samsung Galaxy Tab S4 with model numbers SM-T835 (LTE) and SM-T830 (WiFi). Some important features noted include the single camera on the rear and the “Tuned by AKG” label just like the older model. This is expected because of Samsung and AKG’s partnership. We know the tablet will also be powered by Qualcomm Snapdragon 835 processor, 4GB RAM, and Android 8.1 Oreo. The onboard memory is only 64GB but it should be expandable.

The Galaxy Tab S4 render you see above shows a taller and slimmer tablet. We’re not sure about the dimensions but this tablet’s aspect ratio display could be 16:10 only, not 18:9. The 16:10 display is similar to the original Galaxy Tab S. We see slimmer bezels, not bezel-less. The physical home button on the front chin is missing. There is no Samsung logo on top as it’s been moved to the back. There’s no fingerprint scanner as you can only see the camera and a flash.

We’re assuming this one will use iris recognition or even facial recognition. The under-display fingerprint sensor—Fingerprint On Display technology–will not be implemented yet. It’s not even ready for the Galaxy Note 9. We’re looking at biometric access control here but the volume and power buttons are kept on the sides. The image render is said to be official but we have our doubts.

To review the specs and features so far, the Samsung Galaxy Tab S4 will arrive with a 10.5-inch screen, 2560 × 1600 pixel resolution, Qualcomm Snapdragon 835 processor, 64GB storage, 12MP main camera, 7MP selfie shooter, and Android 8.1 Oreo out of the box.

As for launch date, pricing, and availability, the new Galaxy tablet may be announced before the end of summer–most probably at the IFA 2018 in Berlin. We’re looking at August 9 together with the Galaxy Note 9 at the Unpacked 2018 event or maybe even earlier.