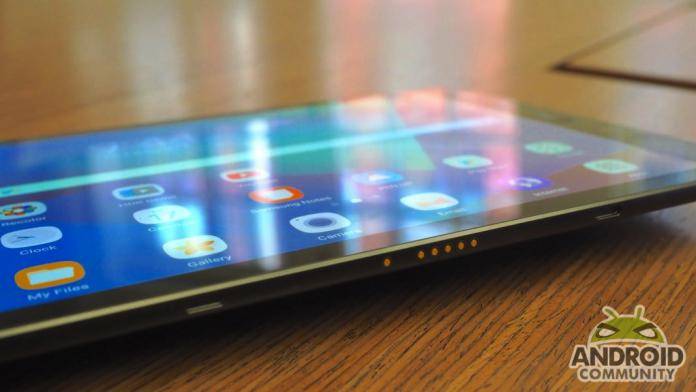 The tablet market is no longer in a good shape. The slate market has been slowing down as detachables continue to grow but we know there is still a market for such. Some OEMs have not completely stopped development and production and we know they will only continue to promote whatever they have lined up. We’ve featured a few tablets this year so far like the Chuwi Hi 9 Air, Alcatel 1T, and Huawei MediaPad M5 10 Pro. Last year, we featured a few dozens. Next to introduce a new model is Samsung with the Galaxy Tab S4 as a follow-up to the Tab S3 that was launched over a year ago. We’ve got our hands-on feature and we said it somehow redeemed the Android tablets.

Fast forward to today, we have the Samsung Galaxy Tab S4 albeit still unofficially confirmed. Specs were earlier sighted on GFXBench and we discovered it is now WiFi certified. We’re only waiting for its official unveiling by the South Korean tech giant.

Benchmark tests are being performed and the Galaxy Tab S4 has already undergone a couple of 3D graphics performance tests last week. The 10.5-inch Android tablet was first tested running on Android 8.0 and now Android 8.1. A few people may say there is no difference but that slight change in the version matters because some features and improvements have been added. As proof, a number of new functions are now listed on GFXbench including autofocus and touch focus of the main cam and GPU API. Scores have changed a bit so Samsung still needs to look into some areas that may need tweaking. Interestingly, the WiFi certification we saw earlier has been removed. 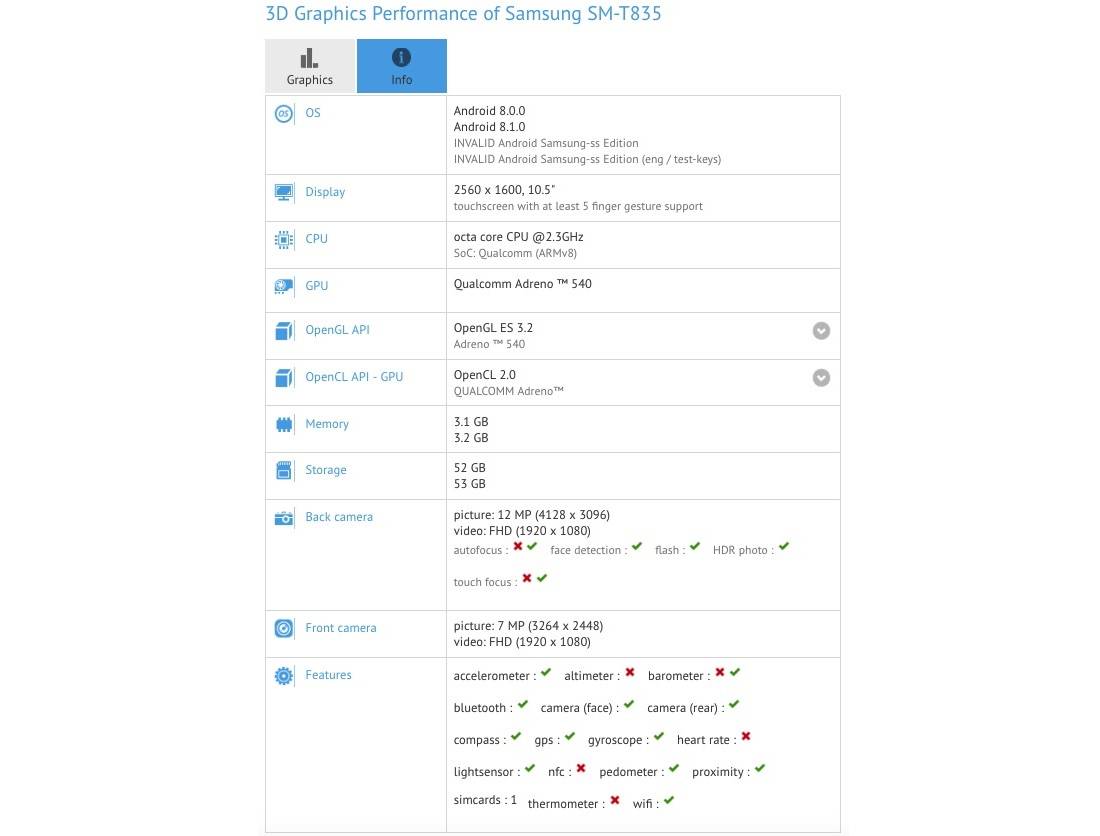 The Samsung Galaxy Tab S3 has a smaller 9.7-inch QXGA Super display but still with the same 2048 x 1536 resolution. Onboard storage starts at 32GB while the Tab S4 already has twice the storage. RAM is still the same at 4GB but we’re crossing our fingers Samsung will release at least a 6GB RAM model.

Android OS of the older tablet is 7.0 Nougat out of the box but units in UK are eligible for the Android 8.0 Oreo update. Similar OS updates are in the works for the Tab S3 so it should be ready with more features soon. We’re not sure if Samsung will keep the Qualcomm Snapdragon 820 of the Tab S3 on the Tab S4 but the GPU has already switched from Adreno 350 to Adreno 840.