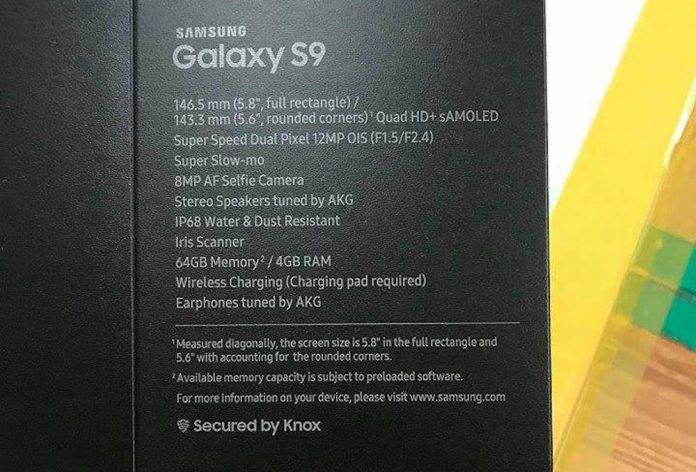 There may be no Samsung Galaxy S9 or S9+ announced at the CES 2018 but we learned a foldable phone prototype aka the Samsung Galaxy X was shown off by South Korean tech giant at a private party. We’re still waiting for the premium flagship Galaxy S9 but we guess it’s safe to say the phone and its Plus variant will launch next month at the Mobile World Congress in Barcelona or even earlier.

An image of the Galaxy S9’s retail box popped up on Reddit and it’s the closest we have to the real thing. Well, it’s only the box but it is THE box. It looks legit and we’ve got many details confirmed as the specs and features were listed: 146.5mm (5.8mm full rectangle)/143.3mm (5.6-inch rounded corner), Super Speed Dual Pixel 12MP OIS (F1.5/F2.4), Super Slow-mo, 8MP AF Selfie Camera, IP68 Water and Dust Resistant, Iris Scanner, AKG Stereo Speakers, AKG-tuned earphones, 4GB onboard storage, 4GB RAM, and Wireless Charging. Screen size is 5.8-inches.

That’s what we know so far but we’re looking forward to seeing and using the reimagined camera and experiencing how fast the Exynos chipset or Snapdragon 845 processor will be. We’ve seen the leaked Samsung Galaxy S9 and S9+ screen protectors and even the cases and covers listed on Mobile Fun before so we have an idea how the S9 duo will look like with its single rear camera. We’re curious about the Super slow-mo feature which we’re assuming is similar to what Sony added to the Xperia XZ Premium from last year. 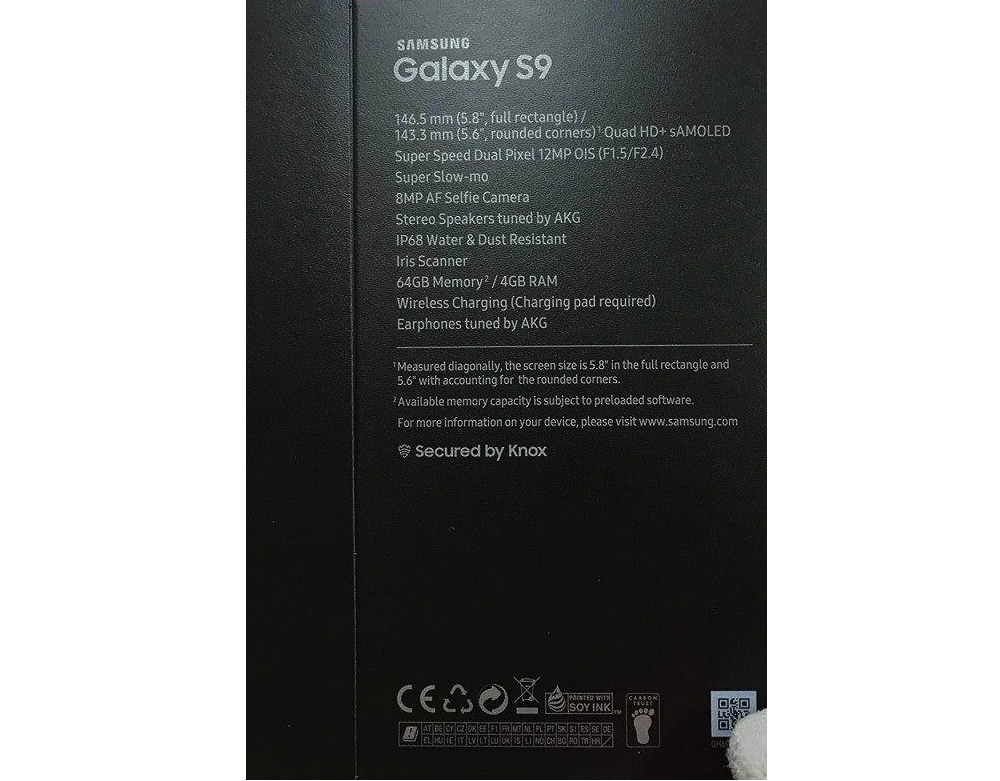