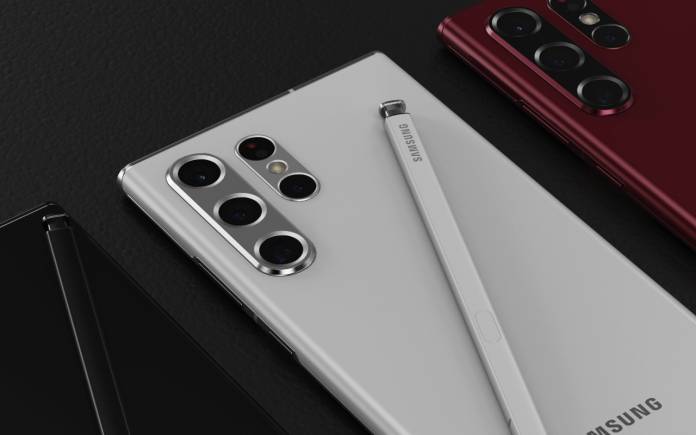 Another day, another set of information about the upcoming Galaxy S22 series is available. For today, we’ll focus more on the Samsung Galaxy S22 Ultra’s camera system. The ultimate model will be released together with the vanilla Galaxy S22 and the Galaxy S22 Plus. The next premium flagship series will launch in the first quarter of 2022. It could be in February as the Galaxy S21 FE could silently roll out in January.

The Samsung Galaxy S22 Ultra is expected to come with S-Pen support and possibly a built-in slot for it. It will look more like a Galaxy Note with its rounded display and straight lines.

The latest renders shared by our source shows the smartphone in white, black, and burgundy red. It will still come with a quad camera setup with a new P-shared design on the rear.

The camera module will probably make the phone heavier especially since there could be a stylus slot. There could be the 108MP main camera and not 200MP as earlier rumored.