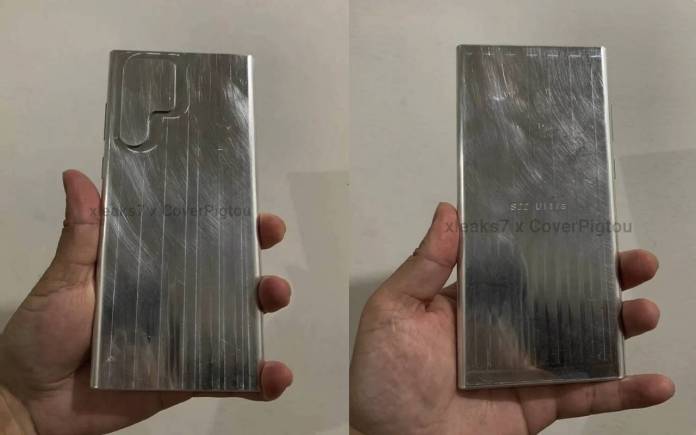 The Samsung Galaxy S22 Ultra is said to come with a different camera and frame design. It will feature a 45W charging support albeit a battery with lower capacity.

The Galaxy S22 Ultra is also expected to be equipped with a 108MP camera (not 200MP) with 10x zoom camera. Definitely, this phone will come with S-Pen stylus support.

A built-in S-Pen stylus is a possibility with more Galaxy Note-like features. Interestingly, a recent dummy unit has been spotted with no S Pen slot. This doesn’t mean the phone will not support the S-Pen. It’s just a dummy unit.

The unit shows a P-camera design which matches previous reports. It looks more similar to the Galaxy Note 20 Ultra which was the last Note released in the mobile market. It will be large with a curved display. On the right edge, we see the power and volume buttons.