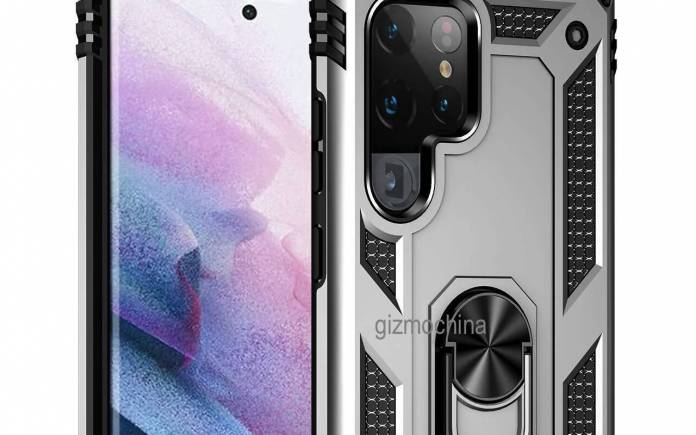 A new set of image renders featuring the Samsung Galaxy S22 Ultra phone cases has surfaced. This set also shows a new camera design which we have been seeing a lot lately. The camera module is said to be P-shaped, at least, for the Ultra variant. The next-generation smartphone from the South Korean tech giant is believed to arrive in the first quarter in better specs. The main camera may not be 200MP as previously rumored but will remain at 108MP.

The Samsung Galaxy S22 Ultra will be more like the Galaxy Note. It will come with S-Pen support and probably a built-in slot as well. That is an improvement from the Galaxy S21 Ultra that only allows S-Pen but doesn’t have storage for it.

The upcoming premium flagship phone will feature a large 6.8-inch AMOLED display with a high refresh rate–just like its predecessor. Dimensions will be 163.2 x 77.9 x 8.9mm.

The rear of the phone shows four cameras plus an LED flash in P formation. Other specs of the phone include a mic at the bottom edge together with a speaker grille and USB Type-C port. It will run on a Qualcomm Snapdragon 898 5G processor or Exynos 2200 in some regions. 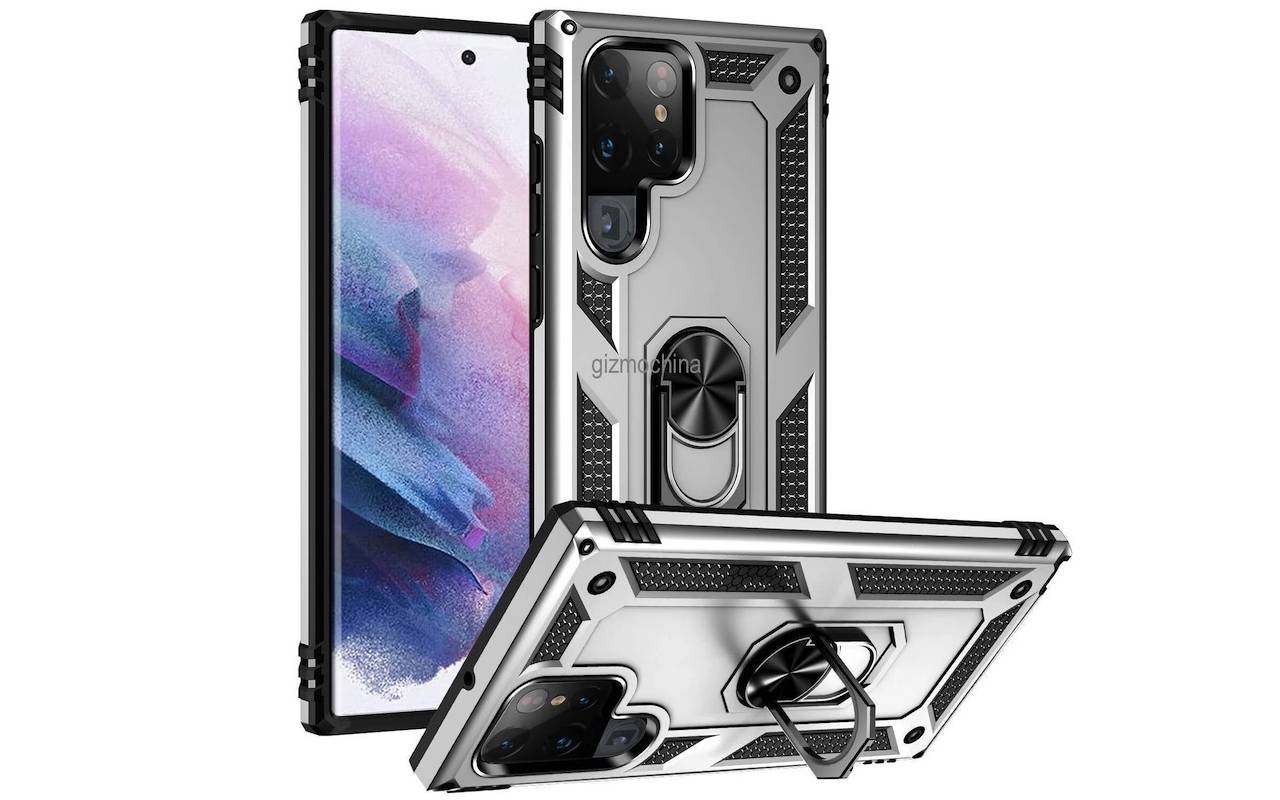 The 108MP primary camera will be joined by a 12MP ultrawide lens and two 10MP telephoto lenses. One 10MP camera will be a periscope lens with 10x optical zoom.

A Samsung Galaxy S22 Ultra dummy unit was also recently spotted with interesting details. The Ultra name has been confirmed as well. The different camera and frame design can be expected if we are to believe the recent renders, leaks, and rumors.