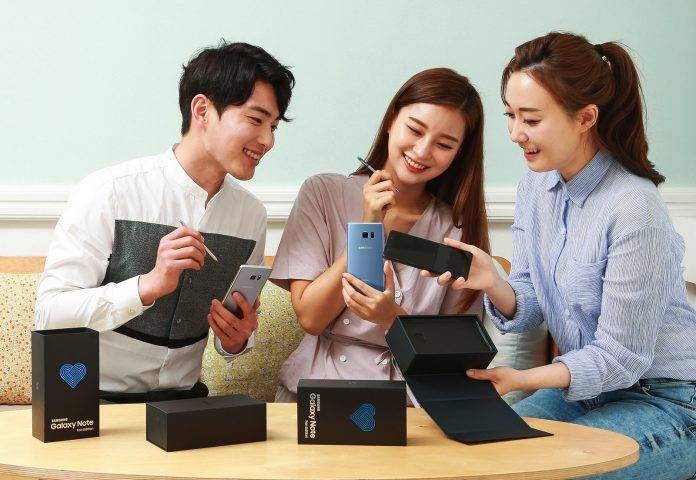 The “new” Note has finally arrived. It’s not really new but simply the refurbished Galaxy Note 7 that we’ve been anticipating for since March. One was earlier sighted in Vietnam. It soon received Wi-Fi certification and reached the FCC which meant that the phone would be released soon. We also said it’s arriving in South Korea by end of June as the Note 7R or the Samsung Note FE.

We were excited to know if the Note FE would have the same colors of the Note 7. And before the month of June ended, we said the phone would be released this week in its home country. True enough, July started with Samsung making the official announcement of what is now called as the Galaxy Note Fan Edition.

We’re assuming this one will no longer explode because that’s the only problem the Note 7 was unfortunately notorious for. Overheating and exploding batteries should be a thing of the past and this relaunch will hopefully regain the confidence of some of the fans in the company.

So what has changed in this new Note Fan Edition? The battery is smaller. From the 3500mAh batt, it’s now smaller at 3200mAh. The battery is also safer as it went through the company’s new 8-point battery safety test. It also features the S Pen stylus, Always On Display, Samsung Pass, and IP68-rating. Another important addition is Bixby, the same AI interface featured in the Galaxy S8 and S8+.

Initially, 400,000 units will be sold. No information yet if the phablet will be sold in other markets. Price tag reads 699,600 Won which is around $611. Phone will be available in Blue Coral, Black Onyx, Silver Titanium, and Gold Platinum.