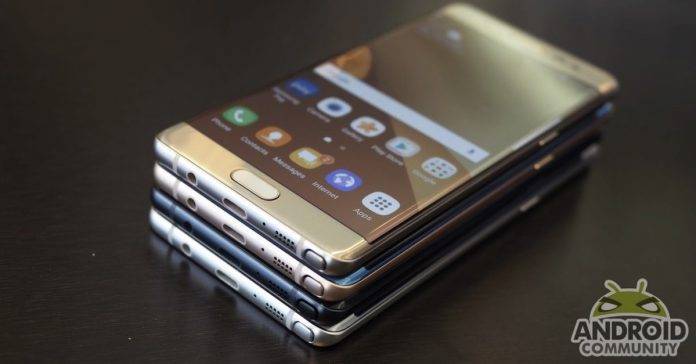 Refurbished Galaxy Note 7 phones will soon be available in the market. This is after months of making improvements on some of the components and testing the not-so-new mobile devices. Evidences point to the release of the enhanced Note 7 units. A couple of days ago, a Note device got an official Wi-Fi certification. A version with 3200 battery was sighted in Vietnam earlier this month.

We already confirmed that the refurbished Note 7 won’t be arriving in the United States. We were certain the Samsung would bring back the Note 7 with a lower capacity battery but we were clueless when and where. Now we’ve got information the smartphone will be available from three mobile carriers sometime in June.

We’re assuming the Note 7 will be sold with a much lower price. We don’t know how the public will perceive the Note that’s been part of a crazy fiasco last year. The case was closed earlier this year but the South Korean tech giant was contemplating on how to recycle and refurbish the returned Note 7 phones. We know the phones will be sold in its native country and that it will be Samsung’s first time to sell such refurbished units.

Initially, Samsung will be releasing 300,000 units out of the three to four million phones collected in South Korea. We’re definite that these phones are already safe and have passed strict quality assurance standards and protocols.