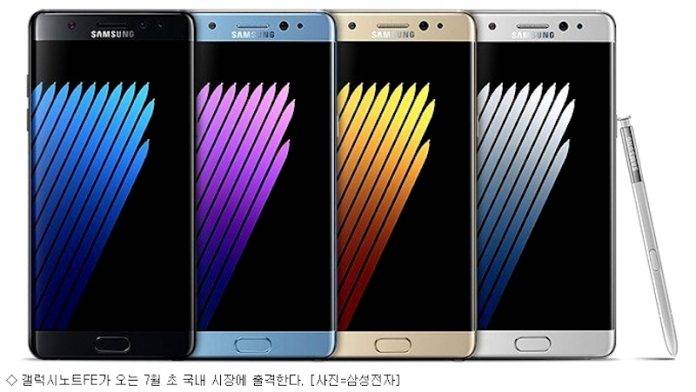 The upcoming new phablet from Samsung, the Galaxy Note FE, will reportedly carry the same colors of the ill-fated Galaxy Note 7. It’s not really surprising since the former is actually the refurbished versions of the latter. It’s still a bit strange though since you would expect the OEM to work on making people forget about some of the Note 7’s batteries catching on fire, but it looks like they still want to remind people that it was an awesome device, until you were in danger of getting burnt.

In any case, if you really liked the features of the original Galaxy Note 7, then the Galaxy Note FE will be for you, if it’s okay with you to live dangerously. It will be offering four colors: Black Onyx, Blue Coral, Gold Platinum, and Silver Titanium. What will be “different” with this device is that it has a big “R” symbol at the back to indicate that it is actually a refurbished version. But otherwise, we’re expecting the same design and specs.

Given that, then the Galaxy Note FE will have a 5.7-inch display and will be powered by Exynos 8890 CPU. It will have 4GB RAM, which will probably be pretty low by the time this gets released, as compared to other premium devices that now have 6GB. As for the all-important battery, it will supposedly have a smaller 3200 mAh battery.