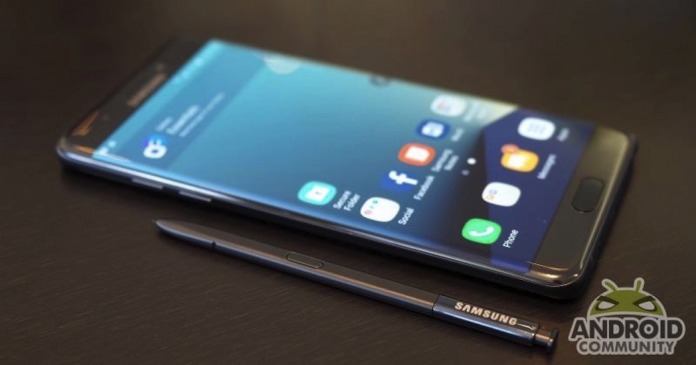 Samsung is recycling and refurbishing the Galaxy Note 7. This we confirmed already over a couple of weeks ago but quickly noted that it won’t be out in the United States. The South Korean tech company wants to use the old Note 7 units because they’re not totally damaged. They don’t want to waste the materials, as well as, time as refurbished Note 7 phones were reported to have been spotted in Vietnam. We don’t know if these are out in the market already or perhaps just the “test” units but they’re the real deal–the refurbished phones, that is.

The images of the phone were captured last April 7, Friday. The Note 7 is believed to run the February 2017 version of the Android 7.0 Nougat. This is the SM-N935 model. Nothing has changed on the design as with most refurbished gadgets but this one holds a 3200mAh battery instead of 3500mAh.

A smaller battery is expected to be “safer” so hopefully, there won’t be any more overheating or explosion. Samsung concluded that the battery suppliers were at fault so we’re hoping the company already changed suppliers. We’re guessing these are the Japanese suppliers we were talking about before.

There’s no official announcement yet when and where the refurbished Galaxy Note 7s will be sold. We don’t have any idea about the pricing but one thing we’re certain of: the United States, India, or Canada, won’t get the refurbished phones. We’re crossing our fingers the refurbished smartphones are good enough and will no longer overheat.