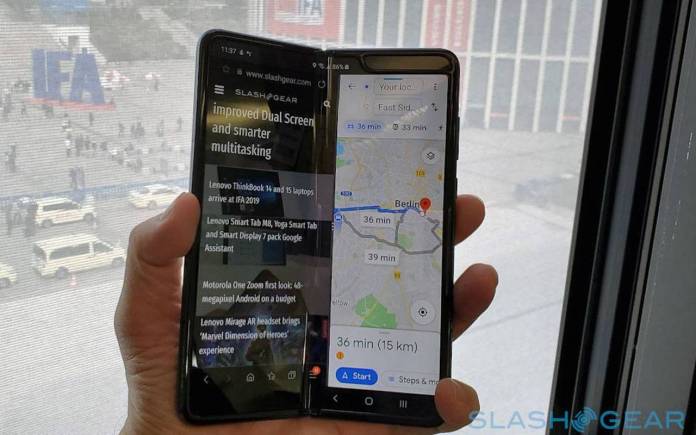 The Samsung Galaxy Fold is definitely one interesting smartphone model. While it’s not the first-ever foldable phone to reach the market, it’s the first from the South Korean tech giant to use a foldable-flexible display after years of development and testing. Unfortunately, the first launch was a failure due to the display of some review units breaking. That prompted Samsung to cancel the initial market release to work on improvements. After a few months, the company relaunched the redesigned foldable phone which quickly sold out in its home country. Despite the premium price, thousands of people, most of them Samsung fans, have joined the hype.

In September, we shared with you the good news the Samsung Galaxy Fold sold out in South Korea. The first batch wasn’t so difficult to market and sell because the number was only set to 1,000 units. That’s already the number from all three carriers in South Korea.

There is no information on how many units of Galaxy Fold Samsung has already produced and shipped out but we first reported there would be 30,000 units initially. The foldable device has really improved because there hasn’t been any major problem or complaint reported. There’s only that issue of logo stickers falling off and a mysterious blob on the screen we think is an isolated case.

Samsung was once reported to increase the Galaxy Fold sales target by the year 2020. It’s already out in China, Japan, and other markets so now we can check how many foldable phone units have been sold by Samsung. An early report said Samsung Galaxy Fold sales have hit one million units only to be corrected the company hasn’t hit the number yet.

So what’s the update now? Well, the figures are uncertain but Samsung could have sold at least 400,000 to 500k units in 2019. We’re still waiting for the official report or earnings call but right now, that is the number. That is also the same number prediction of analysts.

We don’t doubt the numbers but we still want an official sales report. This is just an estimate so let’s wait and see. How many Samsung Galaxy Fold units do you think Samsung has sold so far?