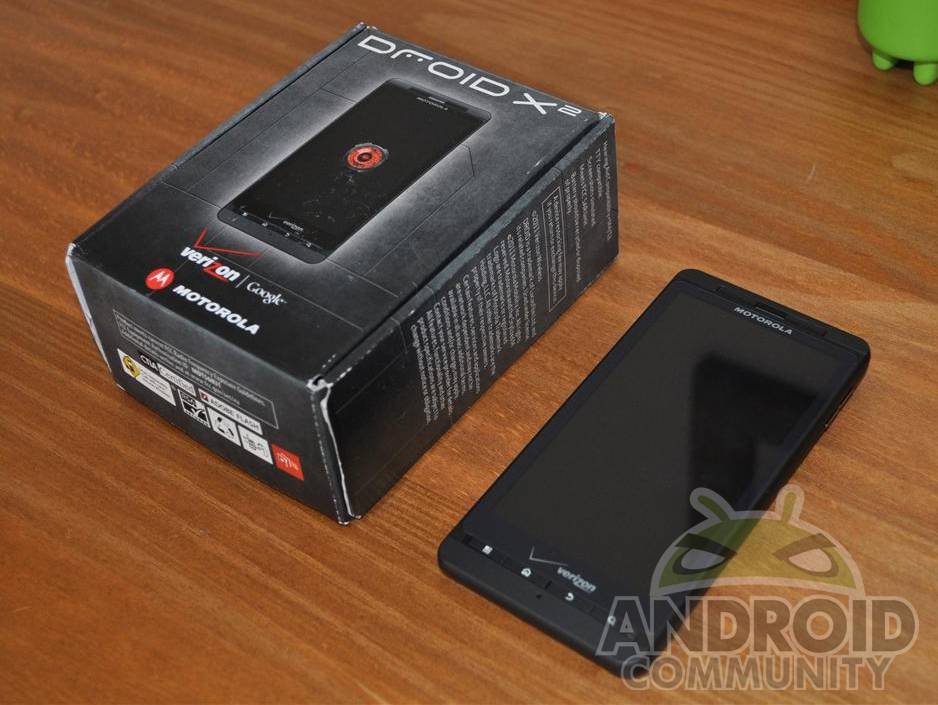 We have had a few days with a couple new Android devices lately, they were both sporting 4.3″ qHD Displays and boy do they look good. Today we have a few more details and pictures as well as our review of the Motorola Droid X2. We have had our paws on it all weekend and I must say I am impressed so far, from the nice and simple touches to the UI Overlay, all the way down to the hardware (even though its identical to the first Droid X). We have put Verizon’s first dual-core beast through a test run and it is time to share our thoughts.

To start this off right I’ll go ahead and get right to the unboxing video, watch the clip below or check out our hands-on and unboxing story. The video hits most of the key points of the new device and explains a little about what has and hasn’t changed.

I’ve had the chance to enjoy Verizon’s first dual-core phone the past few days and I must say it sure has been nice. The hardware isn’t exactly something we need to go into extreme detail about since it is basically identical to the first Droid X in almost every way. Like mentioned in the unboxing the only physical difference I found was the dedicated camera key is now gone. I’d expect it to be missing on the first version and added to the second, not the other way around. I guess Verizon and Motorola have their reasons, but for now we don’t know what those are other than they did in fact remove the dedicated camera button this time around. As many have come to enjoy the build quality of Motorola, as well as the first X I can say that the X2 passes the test, build quality seems top notch as usual. My only issue is the lack of 4G LTE.

Pictures for your viewing pleasure are straight ahead. 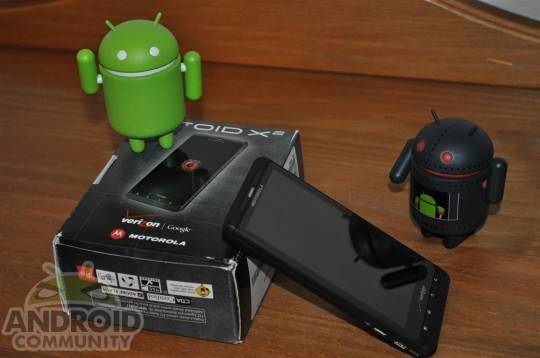 The Droid X2 is sporting a new qHD display that is 4.3″ and is the same size as the first, but the qHD bumps it up to 540×960 in the resolution department and it makes for a very great viewing experience both gaming, and browsing the web. Thanks to Motorola, and Nvidia this device hasn’t changed one bit. Yet comes with an upgraded high-resolution display and double the processing power. The dual-core Tegra 2 CPU keeps things churning along as smooth as butter. 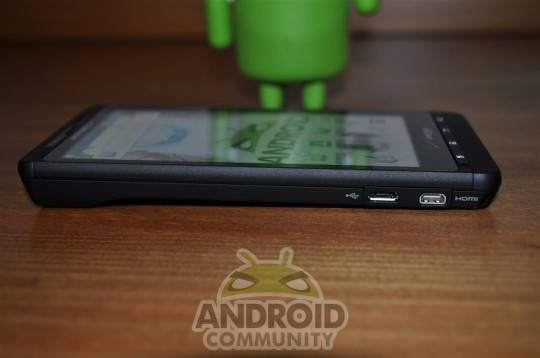 The camera remains the same just as everything else does and it features the same 8MP lens with dual-led flash. The increase in CPU speed now allows for that 8 MP sensor to shoot in full 1080 HD rather than just 720p for video recording. That bump in CPU speed also helps the device do full 1080p video output via the HDMI out shown above. They didn’t feel the need to add a front facing camera (or didn’t have room) so for those that need the FFC you’ll have to wait for something else. Maybe the Droid Charge 4G, it has 4G LTE on board and a front facing camera but a single-core CPU and lower resolution screen. What is more important that CPU power, or 4G and a front facing camera. Everyone has different needs and Verizon has them all covered so far. 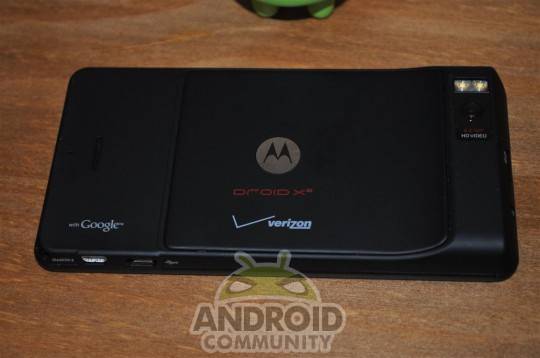 Oh I told a small lie above. There is actually two differences you can see right away, one being the camera button missing like we mentioned and the other is that fancy “Droid X2” marking in red in the photo, and that is it. Everything else is the same, or did I say that already. Overall I do really like the hardware and it feels great in the hand. The new qHD display really makes things look great and extremely crisp. We have seen this new qHD display before and we talked about it more in our Motorola Atrix Review. From what we knew and expected this device all around to be, it will be a clear winner for Verizon. I guess my only complaint on the hardware since we all know the hardware already, would have to be the actual hard keys seem a little squeaky and that is about the only bad thing I have to say. That and the 4G LTE missing of course. 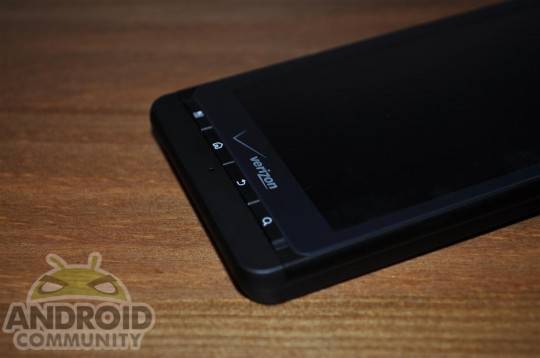 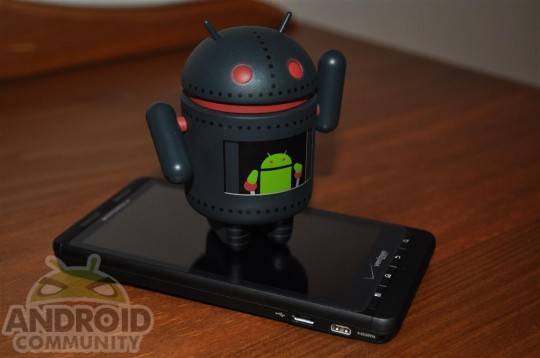 This is a Motorola device so it has what we would call a user interface overlay included. Motorola is no longer calling this “MotoBlur” but it does seem a little familiar. It isn’t HTC Sense or anything but they do add a bit of changes to the overall look and feel of Android. Sadly the X2 launched with Android 2.2 but we are hearing it should be upgraded to Gingerbread any time now. The original X update to Gingerbread has been approved already, as well as leaked a few times so it should be getting close. I’d expect them to roll it out for both devices around the same time. 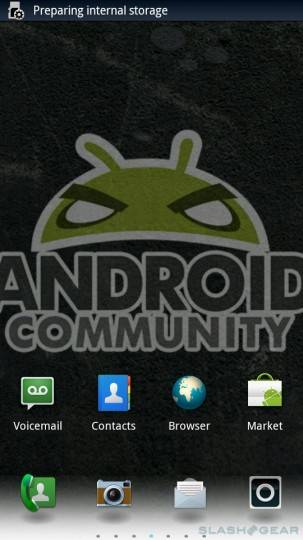 Being a Verizon device it has the pleasure of launching with the usual applications from Big Red. Things like Blockbuster, VCAST Apps, VCAST Videos, Lets Golf 2, Slacker Radio, and last but not least is NFL Mobile. The NFL app has been exclusive to Verizon and is something I wish other carriers had access to, it is a great application and I wish I could get it for T-Mobile or AT&T. The Droid X2 also shipped with Skype although the lack of a front camera makes that a different story. The usual bloatware is something we are starting to get used to, for those that don’t like it I’m sure a click or two root method will be able to help with that soon.

What else do we have for you today–Benchmarks! Just because its a dual-core we had to at least run a few and see how it fairs against the rest of the pack. For a little comparison the G2x running the same CPU scores nearly the same results in Quadrant and that is around 2600-2700 or so stock, but they are both on FroYo. The 2.3 leak for the Droid X showed a large boost in benchmarks results. So it is fair to say the Droid X2 will probably see a decent increase in performance with that update as well, not to mention once some XDA developers get ahold of and start overclocking the X2 you’ll probably start seeing results double. Just like the G2x at 1.5 Ghz scoring 4600 in quadrant. 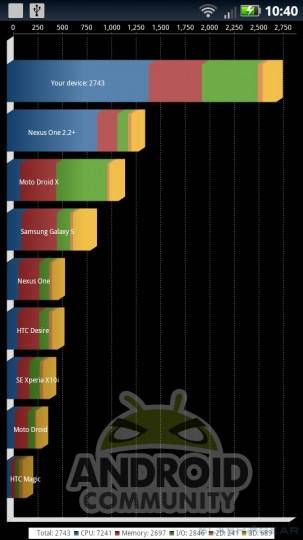 For some comparison shots of the X2 and the original Droid X you can check out Vince from our sister site SlashGear’s hands-on of the X2, he had the original laying around and did some comparing. If you notice below you’ll see the sunspider benchmark results were cut almost in half, lower is better. Thanks dual-core!

Like we mentioned above the camera doesn’t have any changes. It features the same 8 MP dual flash camera as the original. The increase to video recording is because the powerful CPU, not a change in the camera or lens. It does take some great photos with that 8 MP camera although many seemed a little grainy in my opinion, just as the original Droid X did. So I don’t think they’ve changed much with the camera either. I took a few inside photos with medium lighting available to test out the camera, as well as a close-up. Macro mode works well. 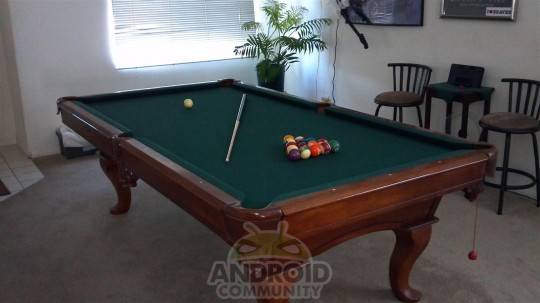 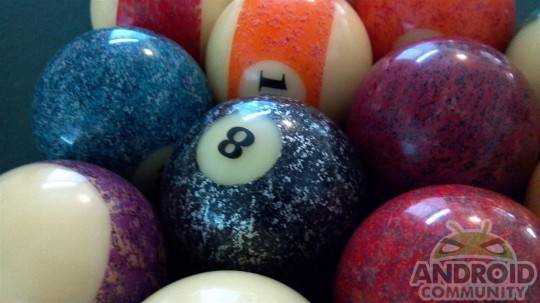 The battery is the exact same model, and size as the original Droid X and that is 1540 mAh. The original Droid X had about average battery life compared to most android phones and gets a decent full day or about 8-10 hours of average use. Keeping everything the same it makes sense the battery is the exact model as before. Although some might be worried having a higher resolution display, and mainly having double the processing power in that dual-core CPU if things will be sucking down that battery faster. From my use so far the battery life seems great and may last longer than before. Technology has improved a lot and both the display and CPU have power saving features and efficiency improvements the first may not, so battery life should not be a concern for any of you possible buyers. 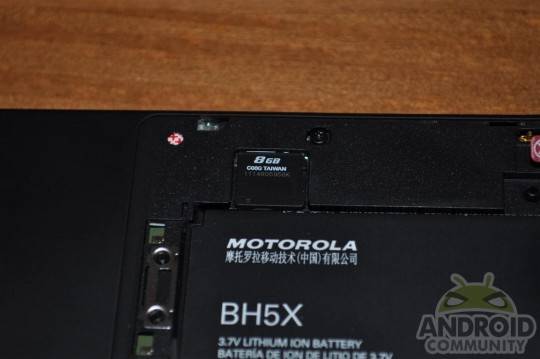 To wrap things up a bit I just want to mention one more time this device does not feature 4G LTE. That is about the only thing it is missing compared to a few others on the market, but I guess you cant have it all. You got the dual-core CPU and the high-res screen so things are looking and running right. This device is still a beast and by no means is slacking in any way. It has plenty to impress your friends with. Get some of those Tegra optimized games called THD like Backbreaker THD, or Guerrilla Bob THD and show them how amazing graphics can look with a dual-core. We reviewed Guerrilla Bob and you can see that here. Or get the exciting new Bang Bang Racing THD and mirror it over the HDMI out right to your big screen in the living room, that should impress your friends and family.

So should you buy the Droid X2 or wait for something else, that is part of the reason your reading over this right? Of course it will be priced at $199 with the signing of a new 2-year contract like usual. For the price it is an extremely powerful device. I mean my parents laptop probably is weaker than this thing. The dual-core Tegra 2 is definitely here to stay and will only get bigger and better as more OEM’s launch phones with it. It has brought gaming on Android to an entire new level and we all can get in on that, if that is your thing. Calling on Verizon has never been an issue, and reception is just about everywhere. So next time your in the middle of no-where with a flat tire you could be playing some THD games or Angry Birds Rio while waiting for AAA to rescue you.

For now this is the most powerful device that Verizon has to offer so I’d be very happy to own one. Unless you are holding out for the Galaxy S II, or want the Super AMOLED in the Droid Charge the Droid X2 is a great choice. 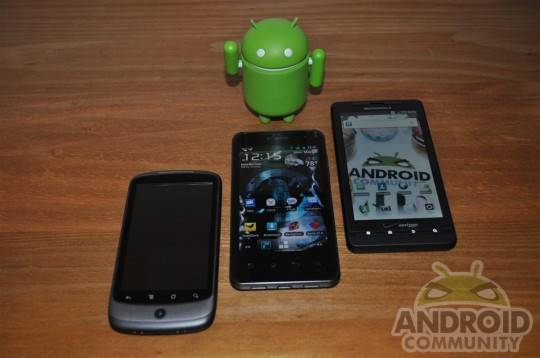 ALSO NOTE: as with all device reviews, this is not nearly the end of our hands-on coverage of this handset. If you’ve got any questions that have not yet been answered, please, by all means, ask them. If I can, I’ll certainly answer anything you might be wondering about.