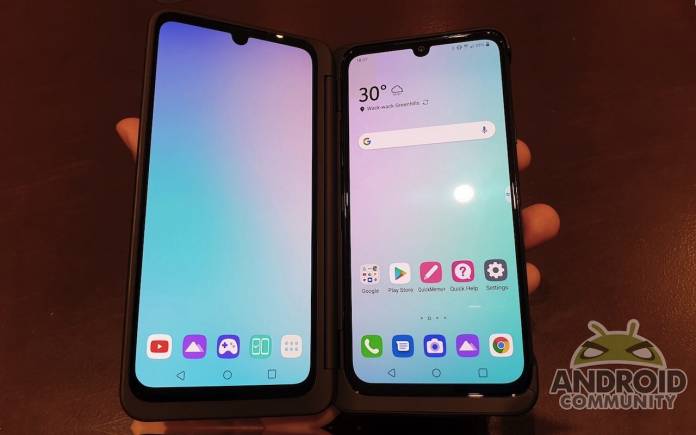 Suddenly, LG is busy with making updates to its phones and changes to its business strategy. The company is due for a major revamp in many aspects and we believe it’s going to do so seriously this time. LG is hoping to turn a profit before 2021 year-end. We believe it will and it can because the other South Korean tech giant knows innovation. In the past, it has introduced new technologies that have kickstarted many different standard features on smartphones.

In the coming months, we can expect two new LG budget phones. The Verizon LG G8 just received an Android 10 update, following the LG V50 ThinQ’s turn in South Korea last week. The next-gen flagships from the mobile brand are said to be one and the same but with different connectivity–the LG V60 ThinQ and the LG G9 ThinQ.

Yesterday, we shared with you some information about an LG Android 10 OS update offering a new Desktop Mode. It’s similar to Samsung DeX that allows a smartphone to be connected and viewed on a bigger display like a TV or monitor. There is no official announcement yet as LG could just be testing the said feature.

Looks like there is truth to this as David Ruddock (@RDRv3) of Android Police shared some related information. Ruddock has shared over on his Twitter page that “LG has Big Plans for Android’s desktop mode”. He continued on by saying his subsequent tweets are “strictly rumors, plans at companies can and do change”.

As usual, we’re taking things with a pinch of salt but Ruddock said LG would release the V70 phone in 2021. It would come with a 10-inch plus display so it can transform into a tablet or laptop. A keyboard may be supported but it’s not clear if it would come with a dock.

Release frequency may also be changed. The LG V series is said to be announced around the same time as the Samsung Galaxy S phones in February. The LG G phones may also be phased out soon but could be replaced by a new device series due every Fall (H2).

LG is going to do a major overhaul in its mobile strategy. It’s something that must be done if it wants to turn profits by next year. We consistently monitor LG’s numbers and to be honest, we’re surprised it hasn’t given up yet. In 2013, we noted how one earnings call revealed the strongest growth in the mobile business for LG but that’s been changing the past few years

We remember how in 2013, an earnings call revealed the strongest growth in the mobile business. That was almost seven years ago. We don’t know what really happened since then —LG phone sales were going down. LG is also determined to lead in the 5G arena. We think its 5G efforts can help the business since not many OEMs have been venturing into 5G.