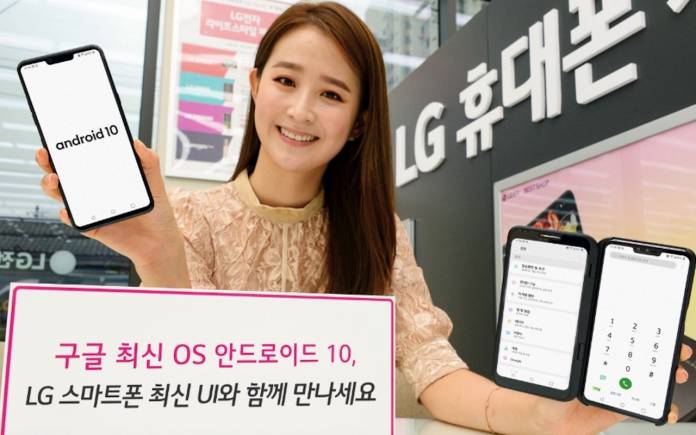 Back in October, we told you that Android 10 OS updates are coming to LG smartphones. LG G8’s Android 10 arrived before year-end and it’s also now available for Verizon. The LG G7 One also started receiving the same OS update. The LG V50 ThinQ in South Korea got it as well earlier this month. More LG Android devices are expected to be updated to Android 10 promised by the other South Korean tech giant, bringing new features and enhancements.

We found one interesting function: a Desktop Mode interface. We haven’t tried it personally but an XDA developer managed to explore the interface. We don’t think LG included this in the changelog but it’s there.

Part of LG’s UX 9.0 in Android 10 is a desktop mode interface. It’s a new feature but not many details are available. We’re assuming it is something similar to Samsung DeX.

It works by simply connecting an LG smartphone to a TV, display, or monitor via a USB Type-C to HDMI adapter. It’s almost plug-and-play because once you connect an LG mobile device to a display, you will immediately see a “screen sharing mode” prompt that will also say “tap to switch to desktop mode”.

With desktop mode, you can view your LG phone’s content on a bigger display. You can work, get more creative, or be productive with your files on a bigger screen. There will be some changes on the UI though like the app drawer is hidden on the bottom left part of the screen. On the right are notifications. This function is also said to support most PC peripherals and multi-window mode.

LG may still be testing this feature that’s why there is no official announcement yet but it’s there. A certain Juan Carlos Bagnell shared his finding on this Twitch stream while XDA dev Max Weinbach tried to same and was able to use the new desktop mode on Android 10.