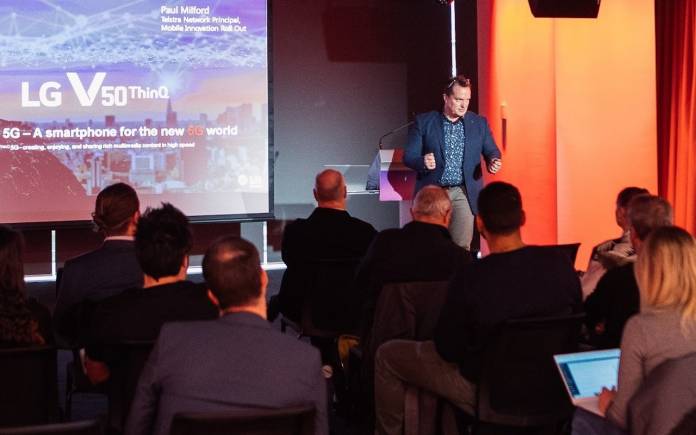 LG isn’t exactly the most popular mobile brand in the world today but it is known for introducing important innovations over the years. Whether in the smartphone game, TV industry, or the home appliance market, the other South Korean tech giant has proven to be a leader in technology. It hasn’t been doing great in the mobile business but it’s still alive. Just recently, LG was noted to halt smartphone production in South Korea. The news was shared just before the LG V50 ThinQ was announced.

The latest phone from the company is the LG V50ThinQ 5G. The 5G connectivity makes it a more powerful phone compared to others with even higher specs. About 100,000 units have been sold in South Korea already which is actually a good start compared to the previous model, the LG V40ThinQ.

LG can take advantage of the slow business. In South Korea, all three major carriers will be selling the LG V50ThinQ 5G. The launch will happen in time for the 5G announcement so it’s just perfect.

In South Korea, operators are providing information to the consumers about 5G. The local media have been helping as well to educate the public about the 5G service. Hopefully, the information dissemination will make Koreans literate in 5G before the rest of the world is introduced to the latest Internet technology.

LG’s V50ThinQ is one of the few 5G phones that can be purchased in South Korea. It goes after the Samsung Galaxy S10 5G model. LG has plans to become the leader in 5G since it’s been working on the tech for the past few years or so.

LG has submitted a lot of 5G-related patents to the patent law firm WISPRO. This means LG is becoming more prolific as it starts working on 5G phones and other 5G services. Expected more 5G launches will be made not only by LG but also by other tech giants.