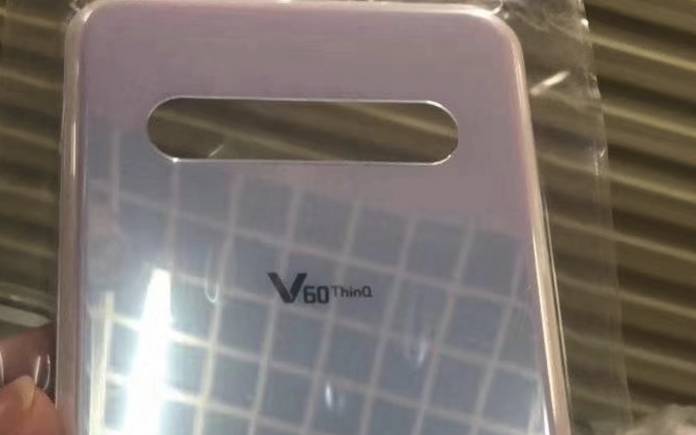 Yesterday, we told you about the possibility the LG V60 and the LG G9 ThinQ are actually one and the same. The only difference would be the connectivity options. The V60 will have 5G while the G9 will only have 4G LTE. Of course, there is no confirmation yet on these details but as the launch draws near, we’re expecting more information will be leaked or teased. The latest we have is this set of back panels that have the V60 ThinQ branding.

The LG V60 ThinQ panel appears plastic in the images but it really is glass. The images actually match the image renders shared by OnLeaks last week.

To review, the LG G9/LG V60 is said to arrive with a 6.7-inch to 6.9-inch screen, almost zero bezels, USB Type-C port, 3.5mm headphone jack, SIM card slot, and a dedicated Google Assistant button. The dimensions could be 169.4 x 77.6 x 8.8mm. The camera bump could be 9.4mm. The volume and power buttons are placed on the left edge of the smartphone.

The images also show the possible color options: Black, Silver, and Blue. We’ve been saying the LG V60 and the LG G9 ThinQ are really similar in most ways. We’ll see if the two will help LG turn things around beginning this year.