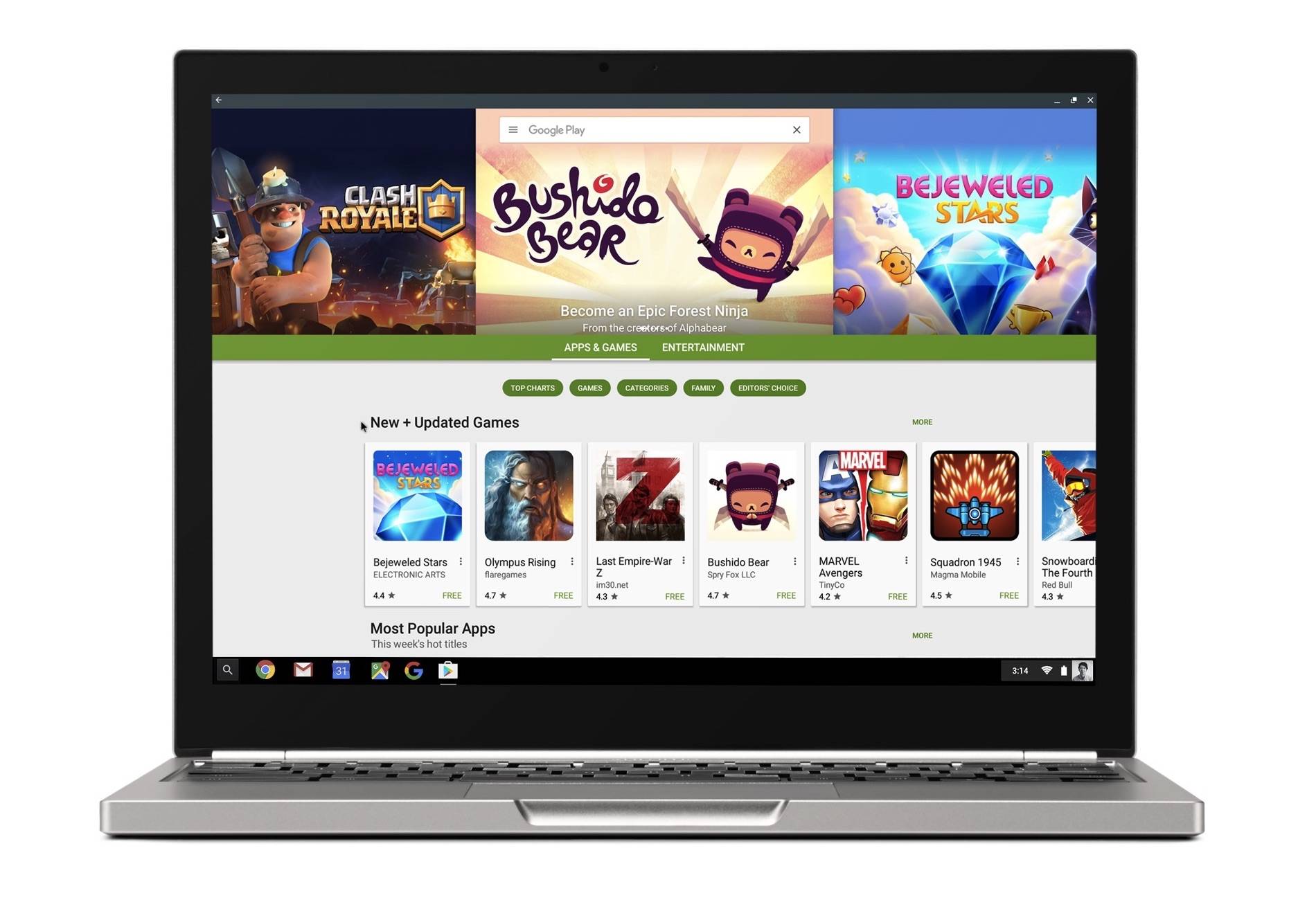 All the great news have started to arrive. We’ve learned a number of new products and services already including the new Android Wear 2.0, Android Instant Apps, Daydream, The Google Assistant, Allo chat app, Duo video calling app, and Google Home among others. We won’t forget that confirmation that the company is ready to bring Android apps the Play Store to Chrome OS.

One major beneficiary of this development is the Chromebook line. Yup, that light, fast notebook that runs Chrome OS will soon be able to run Android apps. It’s what most of us part of the Android community have been waiting for and it’s almost here. Now that Chromebooks are rapidly becoming more popular than ever, beating Macs in overall shipments last quarter and ranking 2nd as the most popular computer OS in the United States, Google has many reasons to improve.

Adding the Google Play Store will definitely change the horizon of the mobile industry. Actually, not just mobile but also the PC industry. You see, computers have long been able to stand on their own. Even with the advent of the smartphones and mobile apps, they have remained as a necessity in most industries. Numbers may have changed but people still need personal computers.

The PC will soon get an uplift with Android apps running. It may start with Chromebooks and we’re expecting others will follow soon. Google Play Store on a Chromebook means you can run your favorite apps. There may be limits but imagine the possibilities. Just transport all those apps you often use to your Chromebook and enjoy.

Developers are being encouraged to bring their apps to Chrome OS. For now, Google Play will be available in the developer channel with M53 on the Chromebook Pixel, Acer Chromebook R 11, and the ASUS Chromebook Flip. Other Chromebooks will follow but we don’t know when exactly.

With this development, we can also expect more Google Play-focused Chromebook units once Android app support becomes widely available. We just don’t know how they will look like exactly but we’re guessing a bigger touchpad, GPS, larger display, some new sensors, or maybe anything that will make the Chromebook more Android-ready. All these and more could add a few hundred dollars to the price.

There are a lot of cool things this Android app and Google Play support for Chrome will bring. Apps will make use of the Chrome Sync engine, management for the Enterprise users will be central, and data created in the apps or on desktop can be saved in the cloud or on the Chromebook.