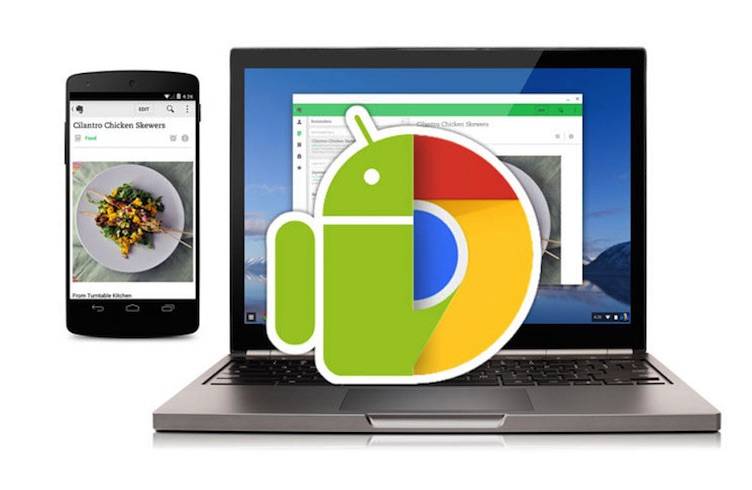 Finally, Chrome OS is getting some more lovin’ from Google. At this week’s Google I/O conference, the search giant announced that the platform will soon receive an important update that will allow Android apps to run on desktop. This news wasn’t announced during the keynote but only appeared on Google’s Google I/O website. Great news for those waiting for Android on Chrome? Definitely.

This development will enable Android apps to run on desktop as they would on a smartphone or tablet. If you remember Remix, this is very similar. The whole Android community has been waiting for such but Google has been silent. We learned before that the two platform–Chrome OS and Android–won’t be merging into one but would only be well integrated with each other. There may be limits on the apps that can run on Chrome OS but at least we know this has the official support from Google.

Not much information has been posted but developers are encouraged to bring their programs and apps to Chrome. Google is being generous and will even give some devs free Chromebooks to use and work on. The Android mobile experience isn’t just limited to phones, tablets, and wearables now. Those apps listed on the Google Play Store, most of them will be able to run.

A special session will be held at the Google I/O conference this week. The session description reads:

“Come to this session and test your Android apps for Chrome OS. You will get hands on help from our friendly engineers on how to optimize your Android app for Chromebooks. Oh, and we will also be giving the first 50 developers to show up a free Chromebook so they can get a head start bringing their apps to Chrome!”

Google engineer Luis Hector Chavez will be leading a session. Chavez is part of the team that works on Chrome OS. He will be sharing his many experiences as a developer. If you’re familiar with App Runtime for Chrome, you’ll be in for a treat as he’s the guy behind it.

There’s no word when Android apps on Chrome will be publicly released yet but we’re just happy this is happening.