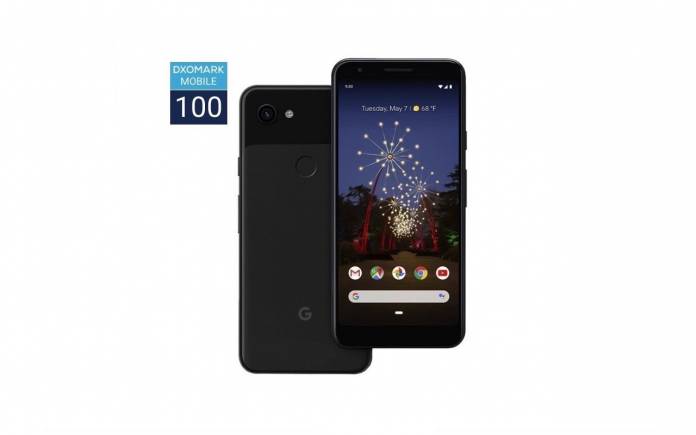 Google surprised the Android community this year by launching mid-range versions of the Pixel 3 series. It’s the first time the tech giant launched a smartphone middle of the year. It did not wait for October to introduce a new one. We have thoughts about the release like Google didn’t sell enough Pixel 3 or that the last flagship series was a failure. They don’t matter because the Pixel 3a is another option for loyal Google fans. The device was first spotted on Google Play Developer Console and then phone cases soon popped up online.

Pixel 3A XL’s price information in Canada was sighted online and we were told it would be sold by T-Mobile soon. Official renders appeared and then the Pixel 3a series was leaked some more. Both the Pixel 3a and Pixel 3a XL finally launched back in May.

A quick teardown was done, telling us the smartphones are easy to repair. The Pixel 3a is definitely repairable. We’ve also seen the Durability Test and now this DxOMark Review.

The Google Pixel 3a scored an average of 100, making it to the Top 9th ranking on DxOMark. It follows the Pixel 3 with a score of 101. There is no selfie score yet. Mobile Photo score is at 103 while Mobile Video score is low at 95.

Google’s Pixel 3a offers generally nice color rendering and good detail and coverage using flash. Autofocus is fast, accurate, and repeatable. Target exposures are accurate while there’s good highlight detail in most lighting conditions. It’s not all perfect as you may notice some loss of sharpness in the field, blue color cast outdoors, and underexposure of darker regions outdoors. You may also notice inconsistent blur effect in bokeh shots and unnatural subject isolation.

When it comes to videos, there’s low noise even in low light, bright and vivid color (indoors and in low light), and fast and accurate and repeatable autofocus. The unit also offers effective video stabilization. Some not so good thing about the Pixel 3a video recording capabilities, you will see a strong frame shift noticeable in panning videos, low detail in all conditions, noticeable underexposure in low light, and slight pink colorcast outdoors.